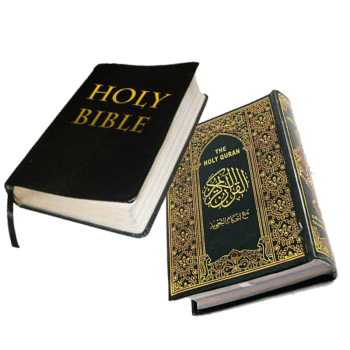 More than six in ten under-65s in Britain think religion does more harm than good, according to a new international study, with no evidence linking this to religious intolerance. Just 23% say religion defines them personally.

The polling firm Ipsos asked people aged 16-64 in 23 countries a series of questions about their attitudes to religion. In Great Britain, 62% of people agreed with the statement 'religion does more harm in the world than good'.

Fewer than a quarter of British people agreed that 'my religion defines me as a person'. Sweden and Japan were the only countries with lower figures in response to that question. Only 37% said 'religious practices are an important factor in the moral life of my country's citizens'; that figure was lower in just four countries. Just 22% said 'religious people are better citizens' and 10% said they 'lose respect for people when I find out that they are not religious'.

The survey also suggests British people's lack of fondness for religion does not correlate with antipathy towards religious people. A comfortable majority (85%) of Brits said they were 'completely comfortable being around people who have different religious beliefs than me'. Only four countries had a higher rate of positive responses.

National Secular Society campaigns director Stephen Evans said the survey was "another reminder that British people's attitudes to religion do not match the deference it is given in the country's public life".

A series of recent surveys have suggested religion is becoming increasingly irrelevant in British people's lives. According to data released from the British Social Attitudes survey last month, more than half of them now say they are non-religious. Shortly after that was released, a Church of England survey revealed that just 6% of British adults meet the Church's definition of 'practising Christians'. The NSS responded to these surveys by calling for "a serious debate about religion's privileged place in our society".

After the latest figures emerged Mr Evans said: "No matter what surveys such as this find, secularism will remain the only way to protect everyone's rights. But those who defend religious privileges often suggest cultural attitudes support their case. The evidence overwhelmingly suggests they are wrong.

Most of the countries surveyed by Ipsos were either in Europe or the Americas. In total only one third (32%) of respondents thought religious people made better citizens and just 15% said they lost respect for people when they found out they are not religious.

Remarkably, Japan had the lowest proportion agreeing with five of the six statements: that religion does more harm than good; religion defines respondents personally; people were comfortable around those with different religious beliefs; religious people are better citizens; and religious practices are important to the country's moral life.

Ipsos spoke to more than 17,000 people in its survey. More than 1,000 people were surveyed in Britain.