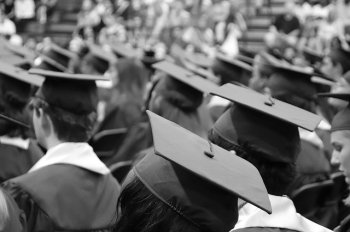 A chaplain should not have been sacked for criticising Pride off campus, says Chris Sloggett. But universities can strike a blow for free speech and critical enquiry if they stop appointing religious representatives.

It is both impossible and undesirable to cleanse public life of people who hold dated, offensive or wacky views. And those who work for public institutions should be able to enjoy private lives. As long as their behaviour remains within the boundaries of the law – where that law prioritises free expression and is upheld fairly for all – they should be able to share their opinions on any subject they see fit.

So Glasgow Caledonian University mishandled the case of Mark Morris. In mid-July the university sacked Morris from his position as a Catholic chaplain after he said the Pride Glasgow march had caused "gross offence to God" and invited his parishioners to a "rosary of reparation". After what an LGBT group at GCU called "a string of complaints", he was investigated and removed from his position.

Not everyone loves the Pride march and nor should they have to. Morris's views, which were not delivered on campus, should simply have been a matter for his church and those who wish to praise or criticise it. The separation of church and state works both ways: the state shouldn't be beholden to religious officials or teachings, and the state should uphold the law rather than interfering in religious interpretation.

Universities are not direct arms of the state. But as the National Secular Society put it in our submission to the Joint Committee of Human Rights's hearing on free speech at universities, they are "semi-public institutions" holding a "unique role". They are dependent on public support (particularly in Scotland, where the state covers Scottish students' fees) and our public life relies on them being committed to particular values, especially free expression. If they wish to promote academic diversity they should promote free speech as a positive value – and draw the boundaries of acceptable thought very broadly.

In the Morris case, what did the university expect? He was simply promoting his interpretation of the Catholic Church's teachings during a Catholic church service (as some pro-religious commentators have pointed out since the sacking). There is plenty more (and often much worse) anti-gay sentiment where that came from. As Mary Wakefield put it in the Spectator, the university had sacked a Catholic priest "for being a Catholic".

It seems telling in this regard that the university has not (at least yet) advertised the position of Morris's replacement on its vacancies page. Perhaps that's because in this case it isn't planning to appoint the best-equipped person to lecture in clinical microbiology or perform "outreach and community engagement".

Instead it has said it will "work with the archdiocese of Glasgow to ensure the continued provision of chaplaincy support for staff and students at our faith and belief centre when the new term starts". (It's worth noting the draconian approach the 'faith and belief centre' takes to freedom of speech, by the way, on page four of the guidance for those hiring it for use.)

This absurd way of making an appointment undermines accountability. Usually when a university hires someone it must ensure it has a rigorous process and it chooses the most suitable candidate. It cannot do either of these things if it requires the approval of a religious institution.

Opponents may retort that students 'need' chaplains who conform to their own religious worldview and going through the churches is a necessary step in getting hold of them. But this suggests universities should place religion on a pedestal above other philosophical worldviews. When students wish for political or philosophical guidance they are rightly expected to find it in their own time or organise it through student societies. Those wishing for religious guidance are capable of doing the same.

When universities employ religious representatives they expend resources endorsing separatism and elevating some worldviews and ideas over others. This treats students as members of particular identity groups and is antithetical to the promotion of critical enquiry (which is the most important point of a university's existence). If university officials suggested hiring a socialist or conservative representative the conflict of interests would rightly be pointed out. But many of them do not follow the logic through when it comes to religion.

There is nothing inevitable about universities employing religious representatives. Earlier this year I had the privilege of speaking at Somerville College in Oxford, which employs a non-denominational chapel director. If universities stop hiring chaplains students will still be free to go to the church, synagogue or mosque and to organise religiously-orientated student societies. They will still be free to hear priests, rabbis or imams tell them how offensive they think Pride parades are.

Universities will not need to tie themselves in knots trying to find Catholic priests who reject some of the key teachings of the strongly hierarchical Catholic Church. They won't need to undertake discriminatory hiring practices which harm the public's ability to hold them to account. They won't need to separate their students into boxes which define them as different to each other. They won't need to take a side on the question of whether religion is inherently good or ill.

They'll just need to endorse and uphold the principle they should care about more than any other: free speech.