NSS: Council’s ban on religious offence is an insult to voters 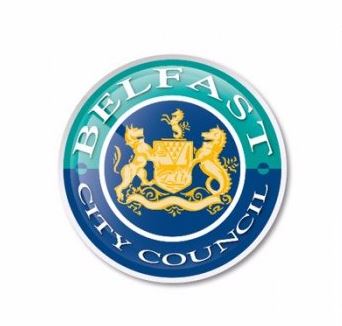 The National Secular Society has called on Belfast City Council to reconsider an "anti-democratic" motion which bans "offensive expression" about religious beliefs during council business.

Last week the council passed a motion granting power to the chair of meetings to act when members used "offensive expression" towards people or sections of society. That included expression that showed "contempt" in relation to "religious belief".

The motion read: "A member shall not impute motives or use offensive expression in reference to any person or section of society, including any such expression that shows contempt in relation to race, ethnicity, nationality, gender, gender identity, sexual orientation, religious belief, age or disability."

Sinn Fein's Charlene O'Hara, the councillor who proposed the motion, told the BBC's Talkback show: "This isn't about free speech. This is specifically about hate speech. It's not about stemming debate. It's about making sure the language we choose to use is not going to be hurtful or offend anybody."

Cllr O'Hara said she proposed the motion to "strengthen the rule of the chair" and "remind members that we should be more mindful of our conduct". She added that over the past "six to eight months" there had been objectionable statements in the chamber and it was "not acceptable that we think that some of the comments that have been made in recent months are OK".

The vote was split along sectarian lines, with Sinn Fein and Alliance councillors supporting it and unionists opposing it. A standing order already prohibited councillors from using offensive language towards other members.

Jeff Dudgeon of the Ulster Unionists proposed an amendment to the motion in an attempt to pass it to a committee. After the vote he told Talkback: "It hasn't been thought through. No legal opinion has been provided to the councillors and that's normally necessary, especially on a human rights issue where there's a freedom of expression aspect to it."

Cllr Dudgeon said the powers it would confer on the chair – which is usually Belfast's lord mayor – were "ludicrous" and "way beyond any normal rules of debate". He added that attempts to change the language to "grossly offensive" had been ruled down amid opposition from the Alliance and Sinn Fein.

Proponents of the motion cited comments by Jolene Bunting, an independent councillor with links to the far-right group Britain First, as an example of the speech that would be curbed. Cllr Bunting was heavily criticised for saying during the debate: "Do we have to wait until people are dying on our streets until people actually speak about Islam, before we speak about the Koran, and what it says in it?"

"Those who care about our democracy can agree that we should promote civil discourse in parliamentary environments and encourage our representatives to be reasonable. But this is because we expect them to think for themselves and embrace nuanced argument, including on contentious ideas such as religion. Parliament and council chambers are the last places where we should be trying to limit speech.

"One lord mayor cannot be trusted with the power to act as censor based on a poorly-defined idea of 'hate speech'. This motion risks effectively stripping the people who voted for some councillors of their right to have their views represented.

"It's unclear why it is necessary now, in a city which has not needed it despite seeing plenty of sectarian strife in recent decades.

"And it will not even do what it was designed for. Offering religious minorities special protections many of them do not even want is a gift to those who say they cannot be expected to fit in to society."

Cllr O'Hara also told Talkback: "It's just unfortunate that we can only limit that [offensive speech] within the chamber." Mr Sloggett described these words as "a remarkable admission of desire to limit free speech among the general populace".