NSS: promote free speech as “a positive value” on campus 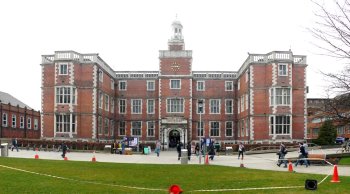 The National Secular Society has told a parliamentary committee free speech should be protected "not only as a legal concept, but as a positive value" on university campuses.

The NSS said universities' "unique role" – as independent bodies dependent on public support and expected to operate by particular values – justified such an approach.

In a submission to the Joint Committee on Human Rights (JCHR), the Society added that student unions (SUs) have commonly made critics of religion the target of unjustified censorship in universities. The JCHR is currently holding an inquiry into freedom of speech at universities.

The NSS said it was concerned that "semi-public institutions" were using restrictions on free expression "in a manner at odds with their legitimate function, to target specific groups or viewpoints".

"This is a common theme we have seen in the targeting of groups critical of religion, with the claim usually being criticism of religion is akin to harassment, incitement or creating a hostile environment," the Society wrote.

Examples included students at UCL and LSE being threatened with disciplinary action for sharing a Jesus & Mo satirical comic, which their unions labelled "offensive" and "not in accordance with our values". The LSE Atheist, Secularist and Humanist Society was later threatened with physical expulsion and its stall vandalised by union officials after wearing T-shirts featuring the comic. Reading University's SU expelled their Atheist, Humanist and Secularist Society from the fresher's fair over a pineapple being named Mohammed to promote a debate on 'blasphemy', which was apparently "causing upset and distress".

The submission referred to particular efforts to marginalise secular Muslims and ex-Muslims, including a student union banning human rights advocate Maryam Namazie from speaking about apostasy because it could be "insulting [to] other faiths", and students disrupting her speech and intimidating attendants at an event at Goldsmiths.

The NSS also said there had "undoubtedly" been incidents in which the Prevent strategy had been overzealously applied, restricting free speech. But it added that "sensationalism and misrepresentation of Prevent by those opposed to any form of counter-extremism strategy" had also had an impact, along with concerns about the definition of extremism and the state's role in challenging it.

The Society also noted the continuing presence of fringe speakers on campus. In a report on the 2016-17 academic year the counter-extremist group Student Rights said 107 events had featured extremist speakers. Only one had attempted to provide a balanced platform.

"The continued prevalence of extremist speakers does not suggest that the Prevent duty is restricting freedom of expression even to the extent that would be permitted by the [European Convention on Human Rights]," the NSS wrote.

Universities have a statutory responsibility to ensure lawful speech on campuses is protected, under the Education Act 1986. Case law under Article 10 of the European Convention on Human Rights has established that this should not impede efforts to prevent unlawful speech, such as incitement to violence or harassment, or uphold equality duties.

The NSS added that universities could further fulfil their free speech duties by ensuring SUs did not have a monopoly of control over potential speech platforms on campus.

Alastair Lichten, the NSS's education campaigner, said university policy should reflect the fact that free speech was "an essential ingredient of a free society".

"Universities are a crucial battleground in the fight to ensure people, regardless of their opinions, can speak, be heard and be challenged in the public sphere.

"For centuries religious authorities have used a variety of spurious justifications to prevent people from saying or hearing what they want. But criticism of religions should be as normal as criticism of any other sets of ideas.

"And while university authorities should be vigilant about incitement to violence and harassment, they should also bear in mind that religious extremists – rather than their critics – are often the ones responsible for such behaviour."