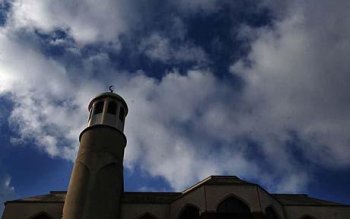 Ten years ago today Rowan Williams suggested the UK should "face up to the fact" that some of its citizens do not relate to the British legal system and said the adoption of certain aspects of sharia 'law' in the UK seemed "unavoidable".

When the review came out the Home Office thankfully said it would not regulate the councils, which would have conferred effective legitimacy on them and further eroded the wall between civil and religious law. But it added that it would consider its other recommendations. It is therefore worth reflecting on some of the implications these could have.

The panel carrying out the review seems to have approached it from a theological perspective. Its recommendations reduce the people they affect purely to their religious identities, and would increase the links between sharia and the civil legal system – although they are not couched in those terms.

The panel makes three major recommendations: changing the marriage and divorce laws; launching a public awareness campaign; and regulation. An awareness campaign is a welcome idea, which we have long advocated. The UK's marriage laws should change, but the type of change being recommended here would entrench the grip of the religious authorities rather than challenging it.

The panel rightly says all marriages should be registered in order to be legally recognised. This is, in effect, how things currently stand, but the current situation also allows Anglican, Jewish and Quaker 'marriages' to be recognised automatically in the same way as civil ones. This is an anomaly which undermines the principle of one law for all, and the Government should seek to rectify it.

Under the recommendations of this report it would instead extend similar exemptions to Muslim 'marriages'. Rather than encouraging Muslims to register their marriages through secular processes, the panel talks of "linking Islamic marriage to civil marriage". It says this would "ensure a greater number of women will have the full protection afforded to them in family law and they will face less discriminatory practices". It will be "a positive move aimed at giving women maximum rights should the marriage end in divorce".

But in reality it would mean equality before the law being subsumed under the rubric of separate community rights. This suggests the panel has not given enough thought or concern to the notions of a secular legal system, where everybody has the same rights and responsibilities in the eyes of the law.

Religious groups, including Muslims, are already able to undertake effectively simultaneous religious and civil marriages. Marriages which take place in mosques can qualify as civil marriages. Unfortunately Muslims have been less likely than other groups to accept the opportunity to do this. The response to this should not be to empower the same Islamic authorities who have made this a reality.

The report also suggests that "the celebrant of specified marriages, including Islamic marriages, would face penalties should they fail to ensure the marriage is also civilly registered". Reasonable secularists could disagree on whether this could be a workable part of a comprehensive solution on the secularisation of marriage. However, this would affect the rights of people from all religious backgrounds and none. It is such a far-reaching reform that it should not be introduced on the back of a review into a religious issue facing one group of citizens.

Some may reasonably assert, for instance, that it represents an unreasonable restriction on their freedom to have a religious ceremony without being married in the eyes of the law. In that case the Government could consider other measures which would balance protecting Muslim women with upholding the freedoms of others: for example, the law could require those who hold religious marriage ceremonies to communicate clearly that they are not binding in the eyes of the law.

UK law could also change so the status of a marriage is focused on the celebrant, rather than the place it takes place. Individual celebrants would be able to carry out marriages provided they had the necessary qualifications and registered them in accordance with secularist principles. This would help the many Muslims who do not get married in a registered place of worship while also benefitting Humanists, Pagans and anyone who wanted to get married in an unusual setting, such as their back gardens. But once again it would be reasonable to expect wider consultation before introducing such a change.

One of the panel's most alarming recommendations is for a legal change to allow a civil family court to refuse to finalise a civil divorce until an Islamic religious divorce has been obtained. This is a dreadful proposal. If it was accepted it would make a mockery of a secular legal system and equality before the law. It would make it pointless for a woman to approach the civil courts for divorce because it would not be granted until the sharia 'court' had granted the divorce. This would give full authority to a quasi-legal body outside of the legal system instituted under sharia 'law'. It would mean sharia being accepted into law by the back door. In one stroke it would make all Muslim marriages subject to the proceedings of a sharia 'court'.

The panel says it would bring Muslim women's position in line with that of Jewish women, but this is no argument for its acceptance. The position of Jewish women in relation to divorce in the beth din (Jewish religious 'courts') is iniquitous and discriminatory. It gives a higher degree of authority to a religious 'court' than the secular one and leads to 'limping marriages' which women cannot get out of.

One of the inquiry's main purposes was to ensure women would not have to face a religious body steeped in patriarchy and discriminatory sharia 'law' deciding whether to grant them a divorce or not – and, in the worst instances, advising them to stay in the marriage. Many Muslim men do not need sharia 'courts' because they can divorce unilaterally under some interpretations of Islamic law. Women cannot and so need to prove grounds for divorce to the 'court'.

The position is already unequal; now imagine the prospect of having to obtain a divorce from such a body because if you do not, you won't even get the civil divorce. That would represent an unconscionable erosion of equal treatment rights. It is not the way to remedy concerns about the treatment of vulnerable women. Indeed it will place Muslim women in an inferior position compared to other women.

Ultimately the Government should ask why the review came up with such an unpalatable set of suggestions on reform of the marriage law. And when it does so it should realise that the only comprehensive solution would enshrine marriage as a secular institution in the eyes of the law.

By allowing the recognition of purely religious 'marriages', the state has effectively surrendered responsibility for requiring married couples to acknowledge their mutual rights and responsibilities. In some cases the religious authorities may do that job reasonably well but in others they do not. Now we have reached the situation where the Government is being asked to confer legitimacy on councils which often meet the latter description, with terrible results for women in particular.

A solution fit for every citizen would be based on the reality that the civil authorities are best placed to ensure legally married couples have made their commitment to each other fairly, freely and equally, and that they understand their rights and responsibilities. People should be entitled to hold religious marriage services but the law should be changed to ensure all married couples undertake a secular commitment.

Such a response may seem to be a long shot. But the Home Office has shown it is not impervious to reason by refusing to accept regulation of sharia councils.

In this regard it went along with one of the four members of the panel who rejected the idea of regulation. The dissenting view pointed out that issues in family law disputes are always multi-faceted. It said: "The creation of a state facilitated or endorsed regulation or audit scheme will give legitimacy to the existence of alternative dispute resolution entities in the form of sharia councils." It said regulation would give the councils "a quasi-legal status" and could give legitimacy to ancillary outcomes which arose from the functions they perform.

This sensible response appears to have been written by someone with more concern for the law than theology. As the Government reflects on the findings of this report, let us hope it makes its decisions on a similar basis.