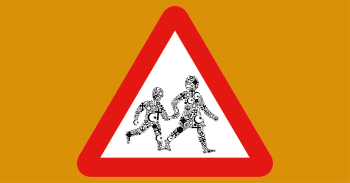 Religious organisations are pushing for an increased role in non-religious community schools. This seriously risks blurring the line between faith and community schools, writes Alastair Lichten.

In April the NSS was contacted after Fulham, Sulivan and Queen's Manor primary schools launched a consultation on forming a new Multi Academy Trust (MAT). Concerns were raised over the involvement of the London Diocesan Board for Schools (LDBS) – with whom apparently the schools already had an existing relationship.

Parents had been assured at all stages that the non-faith MAT would not lead to their schools becoming faith schools and this claim was repeated in local press coverage – "No, absolutely not. The three schools will continue to be community schools".

None of the consultation documents, the spartan local news story or any of my emails to Queen's Manor did anything to illuminate what the relationship with the LDBS was.

The LDBS already provides commercial services (ranging from headteacher appraisals to human resources and legal services) as part of their outreach to community schools such as encouraging collective worship and offering advice on "the interface between religion and school life".

External groups of all types can provide valuable commercial and voluntary services for schools and the Church clearly see moving in this direction as a way to stay relevant. However such offers should always be subject to appropriate scrutiny and should never be leveraged for inappropriate influence.

In 2011 the Bishop of Oxford, John Pritchard, told the Times Educational Supplement how in an age of academisation the Church could take an increasing role in providing services and governance previously provided by local authorities to both community and faith schools as local authorities "wither on the vine".

As part of the academy consultation process Q&A sessions were held at all three schools, one session with staff and one with parents. I leaned from the staff Q&As at Sulivan and Fulham primary schools that the LDBS will appoint 2 members of the trust in order that they control at least 25% of the vote and are able to block any major changes. This is the same proportion of Church appointed governors as in most voluntary controlled (VC) faith schools. The members of the trust will appoint 10 members of the 11 person board.

This information was not included in any of the consultation documents seen by the NSS, nor does it appear to have been discussed at the staff Q&A at Queen's Manor Primary School, nor any of the parents Q&As at any of the schools, nor was it disclosed in repeated emails to one of the schools.

The LDBS is keen to be involved in non-faith based MATs to "go back to its roots and serve the wider community" and already directly runs one MAT containing a non-faith school. In the 2012 "Church School of the Future Review" the Church set out its hopes to "expand its missionary work through non-Church schools" through mechanisms including mixed multi academy trusts – which the NSS has warned undermine the non-faith ethos of community schools, and which the LDBS is keen to develop.

In other MATs (not necessarily religiously affiliated) of which the LDBS is a member, they appoint a minority of trustees – giving them at least the same level of direct board influence as in a VC faith school.

In Fulham, without parents seemingly being informed, the LDBS has acquired voting rights in a non-religious academy trust. One has to wonder where else this is happening, because this sort of piecemeal expansion of undue influence threatens community schools' independence and ethos.

Alastair Lichten is a campaigns officer at the National Secular Society. The views expressed in our blogs are those of the author and may not represent the views of the NSS.