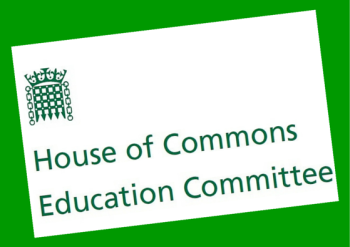 The National Secular Society has warned that Government plans to convert all schools in England into academies could increase the level of religious influence in state education and see the Church of England gaining control of non-faith-based schools.

In a submission to the Education Committee's inquiry into the role of multi-academy trusts (MATs), the NSS warned community schools converting into academy status could become part of Church of England MATs, threatening their secular character with "serious implications" for parental rights, children and young people's religious freedom and employment discrimination.

Plans to merge four community schools in the North East with one CofE primary under a single academy trust controlled by the Church of England are already being considered by the Department for Education, in a move described as a "takeover".

Government guidance states a mixed-faith and non-faith trust must preserve the non-religious nature of their community schools. A local governing body for the community school must also be established.

However, the NSS has warned that safeguards to protect the secular nature of community schools are not sufficient.

Stephen Evans, the society's campaigns director, said: "If community schools are absorbed into Church led MATs it's hard to see how the non-religious schools within it can realistically be protected from an encroaching religious ethos, particularly if the most senior people in the trust are all advancing the interests of the church."

The NSS has also raised questions about land ownership, expressing concern that "public land will be transferred from local authorities and placed under control of the local diocese for 125 years, and, given the permission of the secretary of state, the church could use it however it likes".

The NSS response to the inquiry describes this as a "deeply anti-secular development" and urges the committee to raise the "democratic deficit of this potential 'land grab'" with the DfE.

Local authorities have also raised concerns over the Government seizing land and leasing it to third parties to run the schools, depriving the local area of control and accountability over the school.

Meanwhile, churches have been given unique safeguards from academisation, with the Government issuing two memoranda of understanding giving Church of England and Catholic schools special protection from forced academisation and strengthening their ability to promote a more rigorous religious ethos.

For Anglican schools the Government has said that it "respects the statutory right and requirement for the consent of various diocesan bodies to allow a church school to become an academy"; while non-religious schools are left vulnerable to a Church takeover.

In 2015 the Archbishops' Evangelism Task Group said that the Church had an "urgent need" to focus evangelism on children, young people and their parents in light of a catastrophic collapse in adult church attendance.

The earlier CofE 'Church School of the Future' report set out a strategy of expanding the number of Church schools to "intensify the religious input into lesson", calling for a new "concordat" between the Church and the Government to "reinforce and enhance" the Church's influence throughout the education system.

"The Church clearly regards controlling schools as central to its survival. But money intended for children's education shouldn't be used to prop up the Church.

"Local authority involvement and oversight has long acted as a break on the Church promoting an aggressive religious ethos – leading many to regard 'church schools' as a softer form of faith schools. However the decline of such accountability, coupled increasingly centralised diocese control of large MATs way well result in a significant increase in religiosity in both church and non-religious schools."

You can read the NSS submission to the Education Committee's inquiry into the performance, accountability, and governance of Multi-Academy Trusts here.