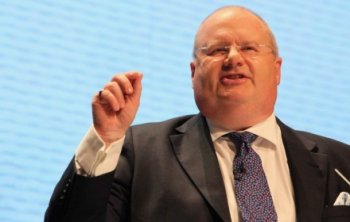 Eric Pickles, the Dickensian-style Communities Minister, has announced that Britain is a "Christian nation" and anyone who disagrees needs to "get over it".

He has the usual easy pop at "militant atheists" and dismisses anyone who opposes what he does as "politically correct."

He also reportedly says that "I've stopped an attempt by militant atheists to ban councils having prayers at the start of meetings if they wish. Heaven forbid. We're a Christian nation. We have an established church. Get over it. And don't impose your politically correct intolerance on others."

He was referring, of course, to the National Secular Society's 2012 High Court case that ruled that it is illegal for local councils to include prayers as part of their official agenda.

After that decision, Mr Pickles rushed to bring forward by a few weeks the Localism Act and in doing so announced that councils could now keep prayers on their agenda if they want to.

There is no mention in the Localism Act of council prayers, nor was there any in the parliamentary debates leading up to it. And the Act was given Royal Assent long before the High Court judgment was issued.

In that case, the High Court ruling stands and Mr Pickles' contention that it doesn't has never been tested in court.

Mr Pickles' seems to be taking the Alice in Wonderland approach to the law, as to paraphrase Humpty Dumpty "the law means what I want it to mean".

The NSS has told Mr Pickles repeatedly that he is misrepresenting the facts of this case and yet he continues to do it. We never said that all prayers in Town Halls should be banned. We simply said that it shouldn't be part of official business so that everyone, Christian, Muslim, Buddhist, Jew, atheist or anyone else - of whatever religion or non-religion - could serve on the council in good conscience and without intimidation.

Many councils now have prayers before the meeting agenda begins, and we have no objection to that.

Mr Pickles is entitled to be as enthusiastic an evangelical Christian as he wants to be, but we live in a democracy, not a theocracy. He cannot – as he has done – simply place his personal beliefs before the law.