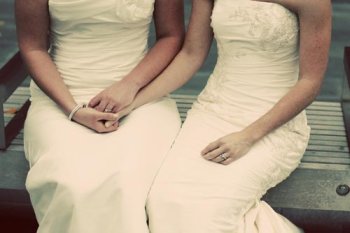 So, after one of the largest responses to a consultation ever recorded, the Scottish Government has announced that it intends to legislate to allow same sex marriage.

Aside from recognising the huge significance in this for a long oppressed section of the community, it is also an important point of religious freedom. There are several religious denominations and sects that want to celebrate the union in marriage of two people of the same sex in their churches or synagogues. It is right too that those denominations who do not wish to do so should have the appropriate protection in law that protects their right to abstain.

The news from north of the border comes as the Daily Telegraph reports that Prime Minister David Cameron has promised same-sex marriage in England and Wales by 2015, in a speech at a reception for the Lesbian, Gay, Bisexual and Trans-sexual community in 10 Downing Street. It is perhaps his most forthright statement of support yet for same-sex marriage, saying if marriage is good enough for heterosexual couples, then it is good enough for homosexual couples as well. It is unlikely to win him any more friends within his party or within the religious establishment.

So there should indeed be cause for celebration over these two announcements, tempered of course by the realisation that on both sides of the border, only the initial skirmishes have been won. Getting relevant legislation on the statute book will be the subject of a long, drawn out and vicious war, and sadly the LBGT community will have to endure many more months of uninhibited prejudice and vitriol from religious interests. At least they can now console themselves that the final prize makes it all worthwhile.

However, everything comes at a price, and the announcement by the Scottish Government is no exception. It seems that equality for gay people must come off second best to preserving the 'integrity', if that's the right word, ofScotland's sectarian education system. The announcement states:

"A range of other concerns have also been expressed and we will take the opportunity to discuss with stakeholders what additional protections should be included, either in the legislation itself or in guidance, to address these. This will include consideration of any provisions that may be required to protect religious beliefs of teachers and parents in schools. We also intend to protect the current situation whereby the faith content of the curriculum in Catholic denominational schools is determined by the Scottish Catholic Education Service."

So Catholic schools will able to continue with their stance on homosexuality, no doubt reinforcing and indeed indoctrinating, sorry, teaching Pope Benedict's view about homosexuality being 'objectively disordered.' It also seems that no teacher in a same-sex marriage need apply to a Catholic school for a job. The Scottish Government is naive if it thinks the Catholic hierarchy in Scotland will give a hoot about what it does to protect the curriculum in Catholic schools – Cardinal O'Brien and his archbishops will carry on doing whatever they want in 'their' schools regardless. Whatever the Scottish Government proposes will need to be carefully scrutinised, not least because the opportunity may be taken to make additional offerings to the churches by way of compensation. We will also need to watch carefully what any proposals mean for so-called non-denominational schools in Scotland, given the massive influence the Kirk still enjoys in that sector. And David Cameron will be watching closely too, in case he needs to make similar offerings down south.

So some light at the end of the tunnel at last for people who have been the victims of centuries of abuse and human rights deprivations at the hands of organised religion. But let's not lose sight of the fact that this could come at the expense of generations of intellectually defenceless children still being force-fed a strong homophobic element in their social, moral and philosophical studies. One suspects homophobic bullying in schools will be with us for some time yet.