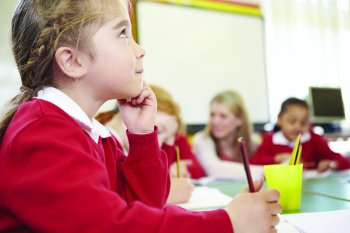 Amendments to the Schools Bill, which was debated in the House of Lords on Monday, aimed to replace compulsory collective worship at nonreligious academies in England with inclusive assemblies, and religious education with pluralistic religion and worldviews education.

It would also require greater scrutiny of the potential impact to the school's ethos if a nonreligious academy applied to join a religious multi academy trust (MAT).

But Baroness Joanna Penn, responding on behalf of the government, said the government "do not agree" with the amendments, which were subsequently dropped.

The moves were also opposed by the bishop of Chichester Martin Warner, who "strongly" urged Lords not to support them.

Baroness Molly Meacher and Baroness Janet Whitaker moved two amendments on collective worship – one to remove the duty from nonreligious academies, and one requiring faith-based academies to provide pupils with a meaningful alternative to collective worship if they are withdrawn.

Meacher said it was "pretty remarkable" that the UK is the only sovereign state to impose worship in all state schools, despite the UN Committee on the Rights of the Child repeatedly urging the UK to repeal these laws. She said most parents were not aware of the law but out of those who were, 60% opposed it being enforced. She added that most parents consider religious worship to be inappropriate content for school assemblies.

She highlighted that many parents have "no option but to send their child to a religious school", and those withdrawn from worship at these schools "often just have to sit outside the door—almost like a naughty child—or are left in an empty classroom with nothing to do".

But Penn rejected the amendments as "not necessary". Warner said an end to compulsory worship in schools would be "excessive".

They also required religion and worldviews education in nonreligious academies to be "explicitly inclusive of non-religious beliefs".

The amendments would bring England closer in line with Wales, which last year replaced RE with religion, values and ethics education.

Penn objected to the amendments, saying that when children are admitted to a faith school, "their parents are aware of this and expect it to be part of the school's ethos and culture", despite Meacher highlighting that faith schools are unavoidable for many parents.

Penn added: "I am unaware of significant demand from parents who withdraw their children from religious education to have this replaced by education representative of a wider range of religious and non-religious beliefs".

The National Secular Society regularly assists parents who wish to withdraw their children from RE at faith schools because they object to its biased and confessional nature.

Baroness Christine Blower moved an amendment to ensure nonreligious academies intending to join a religious MAT must hold a comprehensive consultation focused on the impact on the secular ethos of the school.

Blower said there are parents and carers "who would seek to avoid institutions of a religious character, believing that for them education should be in institutions with a secular ethos".

Warner called the amendment "unhelpful" and said church MATs "provide a commitment to supporting the individual ethos of the school".

But NSS research has demonstrated how the development of mixed multi-academy trusts has enabled religious groups to increase their influence in thousands of schools in England, including those with no religious character.

Baroness Meacher also moved an amendment to remove exemptions from equality and education law that allow religious academies to discriminate on the basis of religion or belief for the purposes of appointment, promotion, remuneration or termination of employment of teachers.

Meacher said many schools "currently do discriminate even where the employment equality directive makes it clear that this is not allowed".

She pointed to recent reforms in Northern Ireland which removed similar exemptions.

Penn said the government supports the "freedoms and protections" enabling faith schools to discriminate on the basis of religion or belief.

The NSS, which has met with the Department for Education to discuss the Schools Bill, said the withdrawal of these amendments was "deeply disappointing, but not wholly surprising."

NSS head of campaigns Megan Manson said: "If accepted, the amendments would have gone a long way to making academies in England more inclusive for all, and to protecting the secular ethos of academies with no religious character.

"They would also have helped bring England in line with Wales and Northern Ireland, which have recently made progressive steps towards inclusive education.

"In this debate, the government showed a highly dismissive and contemptuous attitude to the concerns raised by the public regarding collective worship, RE and faith schools.

"It must start listening more to the public about what schools they want, and less to religious interests including the bishops appointed to the House of Lords".