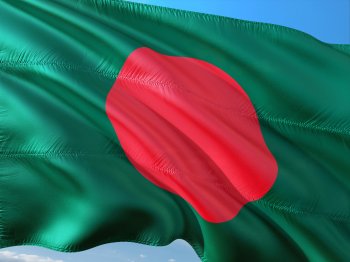 Home Office guidance for assessing refugee, asylum and human rights claims says those who openly express atheist beliefs are likely to be subject to discrimination by the state or societal violence that amounts to "persecution or serious harm".

The guidance, published in March, says people who have expressed "atheistic or secularist beliefs", particularly in relation to Islam, have been arrested and detained on the grounds of "religious defamation".

Additionally, high profile atheist and secularist bloggers and activists deemed to have "defamed Islam" face "a high risk" of threats and violence by Islamist extremists.

In Bangladesh it is a criminal offence to publish material "deemed to hurt religious sentiment".

Authorities have used legal provisions such as the Information and Communication Technology Act or the 2018 Digital Security Act (DSA) to harass, detain or prosecute online bloggers and activists. The United Nations has said the DSA is not in line with international human rights laws. The DSA can be applied to material published outside of Bangladesh.

Several atheist bloggers left Bangladesh following attacks, some fatal, by Islamists between 2013 and 2018. Whilst continuing to blog from abroad, they fear arrest or retaliation by Islamic fundamentalists if they return to their country.

Rationalist blogger Marufur Rahman Khan said Islamists "can freely publish books and air their opinion against atheism, secularism, feminism, and homosexuality". But atheists and secularists "are not allowed to express their beliefs," he said.

Atheists, secularists and others who have recently been arrested for comments about Islam include:

The guidance says Bangladesh's laws including the DSA encourage extremists to target individuals suspected of blasphemy. Atheists and people who are accused of 'hurting religious sentiment' and are open about their beliefs are unlikely to be afforded effective protection by Bangladeshi authorities. Instead, the government has "tended to attribute blame" for militant attacks to the victims for criticising religion.

The guidance also highlights the risks faced by Ahmadi Muslims in Bangladesh. It says the government has "come under pressure" from Islamist groups to declare Ahmadis 'non Muslim'. There is also evidence that police have been instructed to place Ahmadi Muslims under nationwide surveillance.

National Secular Society Engagement Officer Buddha Halder said: "We welcome the UK government's acknowledgement that anyone who expresses secularist or atheist viewpoints, or anything deemed to insult Islam, is at high risk in Bangladesh.

"The Home Office must therefore take human rights claims from individuals who are accused of offending religion in this country very seriously.

"And the government must continue to put pressure on Bangladesh to reverse its trend towards Islamist authoritarianism. It must repeal its various blasphemy laws and uphold its constitutional commitments to freedom of expression and freedom of religion or belief."