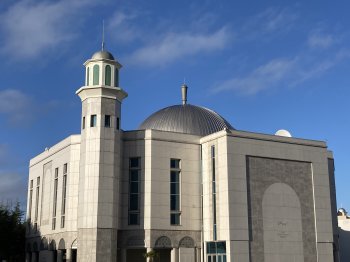 After a mob attacked an Ahmadi Muslim mosque in Indonesia and anti-Ahmadi rallies took place in Pakistan, Kunwar Khuldune Shahid says the failure to defend this marginalised group has far-reaching implications.

On Friday, a mosque was attacked in Sintang district of Indonesia's West Kalimantan Province, by an Islamist mob of at least 200 people. The mosque, belonging to followers of the Ahmadiyya sect of Islam, was vandalised and had parts of its structure demolished, because Ahmadiyya beliefs are deemed 'heretical' by Islamists of other sects.

The Sintang mosque destruction is the latest attack on the increasingly persecuted Ahmadiyya Muslim community in Indonesia, the most populous Muslim-majority country in the world. In 2008, the radical Islamist Hizbut Tahrir targeted a rally in support of Ahmadis, injuring 34, at Jakarta's National Monument. Instead of taking action to protect the attacked community, Indonesia passed a decree eight days later banning the preaching of Ahmadiyya Islam.

An anti-Ahmadi surge has been witnessed over the next 13 years since the decree, with an increasing number of mosques attacked, and worshippers assaulted and killed. Members of the community describe Manislor village in West Java province as an 'Ahmadi ghetto' with Ahmadi Muslims denied state IDs over their beliefs.

Ahmadiyya Islam is deemed sacrilegious owing to the sect's belief in its founder Mirza Ghulam Ahmad as an Islamic messiah, which representatives of other sects deem contradictory to Muhammad's status as the final prophet of Islam. Founded in the late 19th century in the Punjab province of British India, since partition most Ahmadis have lived in Pakistan, where they have been constitutionally excommunicated and widely persecuted.

On Tuesday, rallies were organised across Pakistan, with state patronage and security, to commemorate the 47th anniversary of Ahmadis being officially declared non-Muslims following the second amendment to the Pakistani constitution in 1974. From Islamist leaders, to leading politicians, to prime minister Imran Khan's adviser, all celebrated the founding of a veritable apartheid against Ahmadis, dubbing it a fitting tribute to Islam's prophet and Khatm-e-Nabuwwat (the finality of prophethood).

Transforming Pakistan into the only country in the world where self-identifying as a Muslim, or even performing Islamic rituals can be criminalised, the local anti-Ahmadiyya movement in Pakistan streamlined itself as the global organisation Majlis Tahaffuz Khatm-e-Nubuwwat (Assembly to Protect the Finality of Prophethood). The Islamist umbrella, known commonly as Khatm-e-Nabuwwat, has spread anti-Ahmadi bigotry and hatred across the world, from Turkey to Bangladesh, to India, to the US and indeed Indonesia.

Anti-Ahmadiyya violence has also reached the UK, where the community has established its headquarters, amid exodus from Pakistan and other parts of the world. An Ahmadi man was killed in Glasgow for his faith five years ago, with the murderer linked to UK branches of Khatm-e-Nabuwwat. Insider accounts reveal how Khatm-e-Nabuwwat plots the boycott of the Ahmadis in the UK, where calls for mass murder of the Ahmadis have echoed for years. The Khatm-e-Nabuwwat has also been an affiliate of the Muslim Council of Britain, which reacted to the British Ahmadi's murder by saying that there was "too much pressure" on the organisation to accept Ahmadis as Muslims.

As is evident, Islamic organisations and groups, both in Muslim majorities and minorities, are upholding theological differences as grounds to deny an entire community their freedom of conscience and suppress their fundamental human rights. This is continuing to transpire in the rabidly Islamist Pakistan, the officially secular Indonesia, and even the West, where those clamouring against 'Islamophobia' rarely speak up for the unparalleled persecution of Ahmadi Muslims around the world.

One can imagine the outrage if non-Ahmadi Muslims were criminalised for reading Islamic scriptures and preaching Islam anywhere in the world, or if any organisation in the West was inclusive of everyone but Muslims. While many liberals in the West admirably speak up against the marginalisation of Muslims within their countries, and elsewhere, they fall lamentably short of questioning the persecution within Muslim communities, perhaps for fears of being labelled 'Islamophobic'. It is evident that Ahmadis are among the many Muslims that progressives in the West have abandoned, while catering to Muslim narratives of victimhood often shaped by Islamists.

Indeed, much of the onus to curtail Ahmadiyya persecution lies on progressive Muslims, many of whom have failed to back the marginalised community's right to self-identify, even while condemning the overt violence against them. While the murderous blasphemy laws in Muslim-majority countries have silenced many, even those living in the safety of the West have generally remained quiet on whether Ahmadis should have the right to call themselves Muslims. Seemingly, many equate supporting the right to belief with support for the belief itself.

It shouldn't be particularly hard, especially for those claiming to uphold pluralist progressive values, to disagree with the differing Ahmadiyya views, while at the same time accepting it as an interpretation of Islam. Failure to do so has now amplified hardline Sunni Islamists to call for the Shia to be similarly treated in many Muslim-majority countries.

Moreover, by pushing a question of basic human rights into the realm of theology, such voices are inadvertently emboldening anti-Muslim far-right groups, who are increasingly claiming that there are ideas exclusive to Islam that make Muslims as a whole incompatible with Europe. For, if Muslims uphold a set of beliefs that defines all Muslims, it allows Muslimophobes to use a different, more contentious, set to label all Muslims.

Conflicting interpretations are also critical to uphold a progressive version of the religion, and much needed Islamic reform. For, anyone that claims there is only one 'true Islam' — including indeed members of the Ahmadiyya community — plays right into the hands of jihadists and radical Islamists. When multitude of interpretations is rejected, literalism takes over.

To prevent that, both Muslim majorities and minorities should be encouraged to question if they're denying the many rights which they take for granted in the West to their own marginalised sections. And the plight of Ahmadi Muslims should provide sufficient grounds for self-reflection.