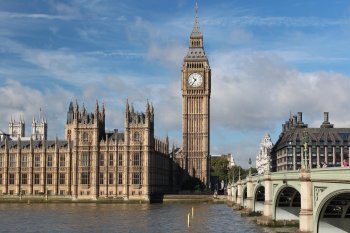 The National Secular Society has welcomed the findings of a citizen's assembly which reveal strong support for separation of church and state.

A report published last week by the UCL Constitution Unit summarises the findings of the first UK-wide citizens' assembly to consider the topic of democracy. The assembly comprised 67 members of the public recruited to be representative of the UK voting-age population.

Over six weekends, members considered the question, 'How should democracy in the UK work?'.

The report found 96% of the assembly agreed democracy should be underpinned by the principles that "there are clear lines between the church, state and judiciary" and that rules of law should apply equally.

There is little separation between church and state in the UK because the Church of England is the established church. The head of state is also head of the Church.

Additionally, 70% of the assembly agreed "no unelected bodies" should make political or policy decisions, with members specifically mentioning the House of Lords.

The NSS has long campaigned for reform of the House of Lords to include removing the 26 Church of England bishops who are appointed seats because they are clergy of the established church.

The assembly also backed many other principles supported by the NSS as vital in a secular demoncracy.

Ninety-eight per cent of the assembly agreed democracy should be underpinned by "freedom of thought and speech". They expressed concerns about potential moves towards censoring speech. A recommendation to protect free speech was supported by 95%.

Defending freedom of expression is a central part of the NSS's work.

Ninety-three per cent agreed "respect for the fundamental human rights of all people" should underpin democracy, so that governments "cannot wilfully discriminate or create rules that are systematically prejudiced against sections of society".

The NSS campaigns for the law to be based on equality and respect for human rights. It has highlighted how religious exemptions from equality law undermine these basic principles.

Ninety-five percent supported a recommendation for the UK's education systems to "give more focus to educating young people and life-long learners to be 'political citizens'" to ensure they "understand the system and the opportunities they have to influence decision-making".

Although all UK schools must now provide teaching on democracy and citizenship, members who had experienced this said their education "failed to emphasise their rights and responsibilities, and the opportunities available for wider participation".

The NSS is campaigning for improved citizenship education across the UK.

The assembly expressed frustration that there is "a disconnect between people and the system" and "complacency that just accepts the idea that our system of democracy is the best and does not need to evolve".

NSS head of policy and research Megan Manson said: "The findings of the citizen's assembly clearly reveal an appetite for secular democracy among the UK population at large.

"A representative sample of the UK public has shown overwhelming support for separation of church and state, free speech, human rights and improved citizenship education.

"Unfortunately, the existence of the established church and other forms of institutional religious privilege undermine these basic democratic principles, resulting in widespread frustration and a sense that democracy isn't working as it should.

"Policy-makers must pay attention to these findings and recommend the UK work towards separation of church and state."