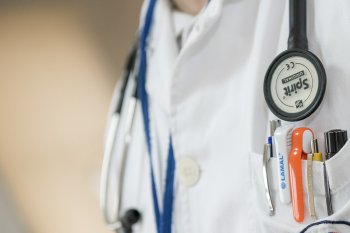 The British Medical Association (BMA), which represents about 150,000 medics, today voted to adopt a position of neutrality on physician-assisted dying at its annual representative meeting.

The change comes ahead of the second reading of the Assisted Dying Bill due later this year. The bill would legalise assisted dying as a choice for terminally ill, mentally competent adults in their final months of life.

In a survey of BMA members last year, only one third of respondents expressed support for the BMA's position of active opposition to assisted dying. Half were in favour of its legalisation.

Speaking in support of the motion at the meeting, chair of the National Secular Society's Secular Medical Forum, Dr Antony Lempert, told delegates that the switch to a neutral position "does not seek to silence minority voices" and would enable the BMA to "share the wide spectrum of members' opinion, expertise and concerns."

He said doctors' primary responsibility was to patients, "the vast majority of whom deplore the criminalisation of any attempt by loving relatives or by doctors to help desperate people to escape the torment of unbearable suffering".

Forty-nine per cent of voters supported the change.

The BMA said it will "neither support nor oppose attempts to change the law" on assisted dying.

However, it said it "will not be silent on this issue" as it has a "responsibility to represent our members' interests and concerns in any future legislative proposals".

Dr Lempert welcomed the outcome of the vote. He said: "Today's vote more fairly reflects the broad range of opinions of BMA members and moves much closer to representing the views of the public who are largely in favour of decriminalisation of assisted dying.

"With its new policy of neutrality, the BMA can now engage fully with any legal developments and will no longer be able to suggest that doctors are against assisted dying which is demonstrably untrue."

Listen to our recent podcast with Molly Meacher and AC Grayling on the Assisted Dying Bill.

Read more: The BMA's opportunity to rethink its position on assisted dying

Image by Darko Stojanovic from Pixabay

The NSS has welcomed a decision by the Royal College of Physicians to drop its opposition to the legalisation of assisted dying.