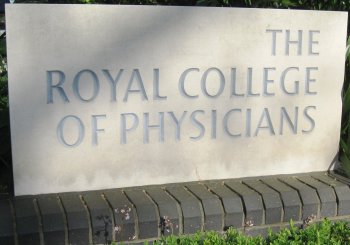 The National Secular Society has welcomed a decision by a professional body which accredits physicians in Britain to drop its opposition to the legalisation of assisted dying.

The Royal College of Physicians (RCP) has adopted a neutral stance on the issue despite attempts from conservative Christian groups to ensure it continued to have an anti-assisted dying stance.

The RCP's president said the college now "neither supports nor opposes a change in the law" and will not focus on assisted dying in its work.

The change reverses 13 years of RCP policy and will give doctors greater freedom to engage in the debate around legalisation.

The RCP's decision comes after its council, its main decision-making body, held a survey of its members' views on assisted dying. Before holding the survey it said it would take a neutral stance unless there was a super-majority of 60% either in favour of legalisation or against it.

Almost a third of RCP members (31.6%) supported a change in the law, a significant increase from the 24.6% who supported it in the body's most recent survey in 2014.

Shortly before the RCP's announcement a report from the campaign group Dignity in Dying lifted the lid on several groups working to prevent the change, including some faith-based organisations.

The report said a group called Care Not Killing (CNK) had funded anti-assisted dying adverts in the British Medical Journal (BMJ) in February, but its influence had not been declared. CNK is an alliance of anti-euthanasia organisations, which is largely made up of faith groups.

The report also highlighted the influence of a group called Alliance Defending Freedom (ADF), which has dramatically increased its spending in the UK since 2017. ADF is a Christian right group which has been behind several significant legal cases in the US and has close ties to the Trump administration.

It also opposes abortion rights and LGBT rights and has intervened on these issues several times in Europe in recent years.

The Suicide Act of 1961 currently makes it illegal to encourage or assist a suicide in England and Wales, with a penalty of up to 14 years in prison. In 2015 MPs rejected an attempt to change the law.

"A medical college's neutrality allows it to present both sides of a difficult nuanced argument that pro-sanctity of life lobbyists would prefer were reduced to a simple binary choice – their choice. There are arguments on both sides so let's hear them and ensure patients are properly supported and protected, rather than pretending there is uniformity.

"Some people's religious interpretations must not be a reason to reject other people's autonomy over what constitutes unbearable suffering for them. They should also not be a reason to prevent any expression of the true diversity of belief in this area.

"It used to be commonplace to hear sanctity of life arguments invoked as the reason for opposition to assisted dying. As religious values become increasingly less well received, some of those with strong beliefs not only are not comfortable declaring their religious motivation, they are throwing stones from behind the shroud of secrecy of their true motivation."

RCP president Professor Andrew Goddard said: "It is clear that there is a range of views on assisted dying in medicine, just as there is in society. We have been open from the start of this process that adopting a neutral position will mean that we can reflect the differing opinions among our membership.

"Neutral means the RCP neither supports nor opposes a change in the law and we won't be focusing on assisted dying in our work. Instead, we will continue championing high-quality palliative care services."

A group of anti-assisted dying doctors has said it plans to challenge the decision to ask for a majority result.

In a BMJ article on Thursday five palliative care consultants said the opposition of their professional body, the Association for Palliative Medicine, to legalisation was "stifling free speech" on assisted dying.