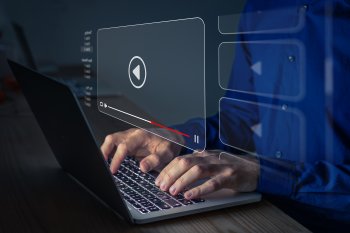 Proposed rules which would protect users from material "likely to incite hatred" on video sharing platforms (VSPs) risk unduly encroaching on freedom of expression, the National Secular Society has said.

The communications regulator Ofcom is currently consulting on draft guidance for VSP providers, which is designed to protect consumers from viewing harmful content.

The NSS has responded to the consultation to express concern that Ofcom has not ensured adequate protection for freedom of expression.

The guidance is aimed at online video services which allow users to upload and share videos with the public.

Since November, UK-established VSPs must comply with new rules around protecting users from harmful content.

The guidance says providers must ensure appropriate measures are in place to protect children from material that might impair their development; and to protect the public from criminal content and material "likely to incite hatred".

The NSS said it was reasonable for Ofcom to require VSPs to moderate restricted material, but warned that rules around material "likely to incite hatred" were too vague.

The guidance requires moderation of material likely to incite hatred on various grounds, including religion or belief and "political or any other opinion".

It only defines 'incitement to hatred' by saying it "should be understood as having its usual meaning in everyday language".

The NSS said hatred was a "largely subjective" term and different individuals would have "different interpretations" of its meaning.

The society raised concerns that the guidance would enable religious censorship, and highlighted examples of religious groups attempting to use claims of 'inciting hatred' to censor critical or satirical material.

The NSS also said platforms would be incentivised to err on the side of censorship. The guidance includes significant penalties for permitting content that violates the rules, while there are no equivalent penalties for failing to uphold freedom of expression.

The society said the guidance should include clearer instruction on VSPs' duty to have due regard for freedom of speech and freedom of religion or belief.

It added that it should include more comprehensive explanations about what does not constitute material that is considered "likely to incite hatred" with regard to religion or belief.

NSS head of policy and research Megan Manson said: "Video sharing platforms can empower ordinary people to express themselves and share their stories. They also provide a crucial opportunity for oppressed and marginalised groups, who often lack any other means to speak out and seek justice.

"So it's essential that VSPs enable free speech – including speech about contentious and controversial ideas that many people may find 'offensive' or even 'hateful'.

"As it stands, Ofcom's guidance does not provide adequate free speech protections and is likely to prompt VSPs to over-censor content. We urge Ofcom to take another look at it."