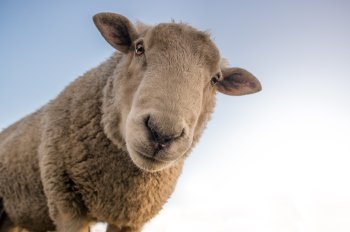 The EU's highest court, the European Court of Justice, has ruled that states subject to its jurisdiction may ban non-stun slaughter on animal welfare grounds.

In a ruling published on Thursday the ECJ said states may require all animals to be stunned before slaughter, including those slaughtered according to religious rites for kosher or halal meat.

The court upheld laws introduced in the Flemish region of Belgium and said restricting non-stun was not an undue infringement of the right to religious freedom, provided it was conducted for a legitimate purpose.

The court also noted a scientific consensus that prior stunning was the optimal means of reducing an animal's suffering at the time of slaughter. This backed up the similar case made by a range of animal welfare bodies.

The Flemish region removed religious exemptions from its laws requiring all animals to be stunned before slaughter in 2017, in order to "eliminate all avoidable animal suffering".

The change in law requires animals slaughtered according to religious rites to receive a "reversible, non-lethal" stun, which it says achieves a balance between the protection of animal welfare and freedom of religion.

Several religious groups challenged the prohibition, claiming that it infringed the freedom of Jews and Muslims to slaughter animals for consumption according to religious teachings.

Freedom of religion is enshrined in Article 9 of the European Convention of Human Rights, but this freedom may be limited in certain circumstances.

EU regulations require animals to be stunned before slaughter because scientific studies show this reduces their suffering. However, member states are given the flexibility to make exceptions to this law for animals slaughtered according to religious rites.

The court said that because societies attach "increasing importance" to animal welfare, it may be taken into account "to a greater extent" in the context of ritual slaughter and help to justify laws that prohibit non-stun slaughter in EU countries.

The Belgian ban on non-stun slaughter therefore struck a "fair balance" between the importance of animal welfare and the freedom of Jews and Muslims to manifest their religion.

Furthermore, the ban did not prevent Jews or Muslims from obtaining meat imported from countries that permit non-stun slaughter, the court found.

The National Secular Society, which campaigns for religious exemptions to UK animal welfare laws to be repealed, described the ruling as "reasonable and sensible".

A spokesperson for the NSS said: "This ruling is a reminder that religious freedom is a qualified right, and it can be limited where it causes unnecessary animal suffering.

"The government in the UK should take note and look again at the case made by a wide range of animal welfare groups for addressing the unnecessary cruelty caused by non-stun slaughter."

Non-stun in the UK

Note: the ECJ and Brexit

Read a summary of the ruling on the Law & Religion UK blog.

Image by Rudy and Peter Skitterians from Pixabay.