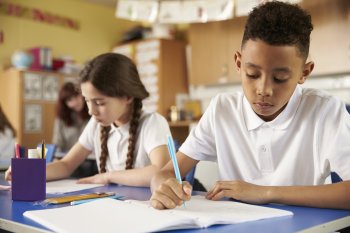 A major curriculum reform bill which would replace religious education with a more pluralistic alternative in Wales will proceed to the next parliamentary stage after a Senedd committee's recommendation.

The Children, Young People and Education Committee has recommended that the Senedd agree the general principles of the Curriculum and Assessment (Wales) Bill.

The National Secular Society was among groups who gave evidence during the committee's scrutiny of the bill, and the committee's report drew heavily on the NSS's evidence.

The bill will replace RE with religion, values and ethics (RVE), among other reforms, which include making comprehensive relationships and sexuality education (RSE) compulsory.

The committee did not recommend further religious exemptions or loopholes in the bill, despite calls from some faith groups including the Catholic Education Service (CES).

The CES has rigorously objected in particular to the fact the bill will require faith schools to offer a pluralistic RVE option that must be in accordance with the locally agreed syllabus.

NSS position on the bill

The NSS largely supports the Welsh government's efforts to reform RE, although it has warned that ministers risk falling short of their own ambitions.

The society's concerns include the fact that the new syllabus will still allow faith schools to teach a denominational form of RVE, although they will be required to offer a more objective and pluralistic option where parents request it.

The NSS has also raised concerns that some pupils will miss out on comprehensive rights-based RSE where faith schools are permitted to teach it through an often discriminatory religious ethos.

The NSS has long argued that children should receive an objective and pluralistic education on religion and belief.

In a report outlining its findings, published last Friday, the committee said the Welsh government should:

The report featured mentions of the NSS's concerns around:

In response to the report's publication the NSS has now briefed members of the Senedd, who are due to debate the bill and the committee's report next week.

NSS head of education Alastair Lichten said: "The committee has rightly resisted religious pressure which would water down children's right to a pluralistic and critically-informed education on religion and belief.

"It's also made several helpful recommendations which should prompt ministers to take further steps to put children's interests before those of religious groups."