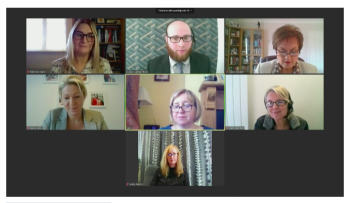 The National Secular Society has called for children's rights to be prioritised over religious interests in the formulation of a new curriculum for Wales in evidence to the Senedd.

The NSS's head of education Alastair Lichten made the call as he gave evidence to the Senedd's children, young people and education committee on Thursday, alongside representatives from Humanists UK.

The committee is currently considering legislation for a new curriculum for Wales, which is set to replace religious education with a new subject – religion, values and ethics (RVE).

The plans would continue to allow faith schools to teach the subject from a religious perspective, though they will be required to offer a pluralistic RVE course where parents request it.

Mr Lichten welcomed the ambition behind the proposals but warned that concessions to faith groups risked undermining the attempt to fulfil it.

"The ambition that all children in Wales have access to critical, pluralistic RVE was a really important and positive part of the new curriculum project. It's concerning and sad to see any effort to water that down.

"If we start from a child's rights perspective, rather than religious interests or the faith schools lobby's preferences, then it's very hard to justify children not having that entitlement."

The NSS is lobbying the Welsh government in an attempt to ensure its religion, values and ethics curriculum is genuinely pluralistic and balanced.

The society is urging supporters in Wales to write to their Senedd members over the proposals.

Image: Witnesses before the committee's session on Thursday. Alastair Lichten is at the top, in the centre.