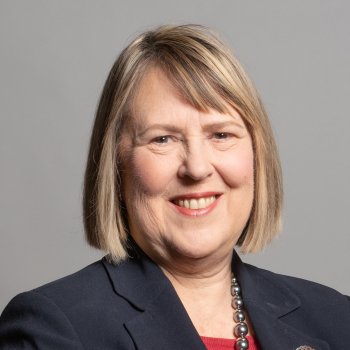 The National Secular Society has urged the UK's new envoy on freedom of religion or belief, Fiona Bruce, to take an even-handed rather than selective approach to promoting the principle.

Fiona Bruce was appointed as the prime minister's special envoy for freedom of religion or belief (FoRB) this week.

The NSS has questioned the wisdom of the appointment.

Bruce is a council member of the Evangelical Alliance council. She chairs the all-party parliamentary pro-life group and has lobbied to limit women's reproductive rights.

She has voiced opposition to same-sex marriage and assisted dying, and support for daily Christian worship in state schools.

In 2016 she was accused of seeking to exclude non-religious worldviews from religious education when she took over as chair of the all-party parliamentary group on RE.

But she has also raised human rights abuses in countries such as North Korea, Pakistan and Nigeria in parliament.

In a letter to her, the NSS warned that efforts to promote FoRB are impeded when the agenda is manipulated to protect specific beliefs rather than people.

NSS chief executive Stephen Evans said: "Freedom of religion or belief is fundamental to living in an open, tolerant and diverse society – and we support the government's agenda of promoting and protecting this right around the world. But in doing so the government must take an even-handed approach.

"It's vital to recognise that freedom from religion is a necessary corollary to freedom of religion.

"Fiona Bruce has rightly used her platform to raise some significant human rights abuses. But she's also promoted a false narrative of persecutions of Christians in the UK - and her parliamentary activity indicates a keenness to impose her religious beliefs on others. This isn't a vision of FoRB the government should promote.

"We hope to work with Ms Bruce and the government to ensure that everyone's right to freedom of religion or belief is upheld and protected equally."