Parliamentary RE group 'turning into a religious sect' 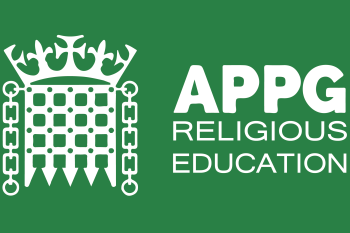 The founding chairman of the All Party Parliamentary Group (APPG) on religious education has warned that the group has been taken-over by religious "fundamentalists".

Stephen Lloyd, the former MP who founded the APPG on religious education in 2012, wrote for Politics.co.uk that the "The APPG is in danger of turning into a religious sect."

Mr Lloyd said that non-religious world views were being excluded by the APPG and that its remit "has been changed to specifically exclude the teaching of values of people with no faith."

"In the previous parliament it was absolutely core to the APPG's view, and remains so to that of the RE Council and the majority of RE teachers, that a key part of good RE teaching in schools should be to educate our children about all different faiths and about people with none."

He added: "In today's ever more polarised world, where there is a woeful level of ignorance about people's different beliefs, it was essential to me that the APPG support and encourage a gold standard of broad, informed debate across the different religions and non-religious worldviews."

Now however, the former chair says that the group is "in danger of turning into a religious sect overwhelmingly directed by the fundamentalist Christian wing of the Conservative parliamentary party, which I think is utterly deplorable."

Since the 2015 General Election, the APPG has been chaired by Fiona Bruce MP, who has said that "Being a Christian in Parliament means I focus on issues that I believe matter to Christ". Bruce also chairs the pro-life All-Party Parliamentary Group.

The RE Council criticised the manner of her appointment, and wrote that while a process was underway to reform the group in the aftermath of the election, "Fiona Bruce MP decided to hold an AGM for the group, securing her own election as Chair, without notifying the REC of the event until after it had occurred. She also did not notify some of the other officers of the fact that they had been elected alongside her."

Lloyd said the RE Council was "highly respected" as an "umbrella body for those who teach or have an interest in RE" and that he was "profoundly disappointed" by Bruce's takeover of the APPG and her unilateral decision to remove the RE Council as the secretariat for the group.

The former MP said that the moves were a "shocking sign of things to come".

One of the current vice chairs of the APPG is David Burrowes MP, also a trustee of the Conservative Christian Fellowship. Lloyd reported that in 2012 Burrowes tried to "pressure" him into "dropping a colleague from the new executive of the APPG because he was an agnostic." When Lloyd refused, Burrowes resigned from the executive.

Burrowes recently called for religious organisations to refuse to cooperate with plans to regulate supplementary schools – despite widespread reports of educational failure and risks to children's safety – and said "I will not let inspectors into my youth camp".

The other vice chair of the group is Mary Glindon, one of the few Labour MPs to vote against same-sex marriage.

Stephen Evans, Campaigns Director of the National Secular Society, said: "Religious education is a contested area and it's not helpful that teaching and learning in this area is so heavily influenced by groups with a vested interest.

"There is a growing consensus behind the need to reform religion and belief education to ensure that all children receive impartial education about religious and non-religious worldviews. It is therefore very disappointing to see these MPs using the APPG to further their own narrow, ideological interests at the expense of promoting good quality education."