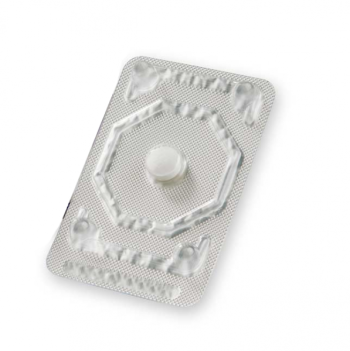 Britain's pharmacy regulator has told Lloyds Pharmacy to take action to ensure women can access emergency contraception after a woman was refused the morning after pill on religious grounds.

The General Pharmaceutical Council (GPhC) has raised the matter with Lloyds after the National Secular Society raised concerns over the incident.

Last month it was reported that a woman, named only as Charlotte, had been refused the morning after pill as a pharmacist told her she could not distribute it "for religious reasons".

The incident happened at Charlotte's local branch of Lloyds Pharmacy in south London, and left her feeling "shocked and humiliated".

Last year the NSS raised a similar incident with the GPhC, as a woman was refused the morning after pill at a Lloyds Pharmacy branch in Brighton.

The GPhC has now told the NSS it has "issued guidance to Lloyds Pharmacy ensuring that all staff are aware of our standards and guidance".

GPhC guidance says pharmacy professionals who are unwilling to provide services should "take steps to make sure the person asking for care is at the centre of their decision-making, so they can access the service they need in a timely manner and without hindrance".

It also says pharmacists should "not impose" their own values and beliefs on other people, and they should "take responsibility for ensuring that person-centred care is not compromised because of personal values and beliefs".

"Women's reproductive rights shouldn't be subject to the personal beliefs of individual pharmacists. Refusing contraception creates a stigma and unnecessary stress for women who simply want to access medicine which they need, and may endanger their health.

"The relevant regulatory guidance strikes a sensible balance, which protects the rights of both workers and consumers. Ensuring pharmacists uphold it should mean similar incidents don't recur."

In recent years religious lobbying groups have argued for 'conscientious objection' clauses which would allow medical staff to refuse to provide certain services for religious reasons.

In 2018 a bill tabled in the Lords aimed to extend the rights of medical practitioners, including pharmacists, to refuse to carry out their duties on religious grounds. Labour peer Glenys Thornton was among its opponents.