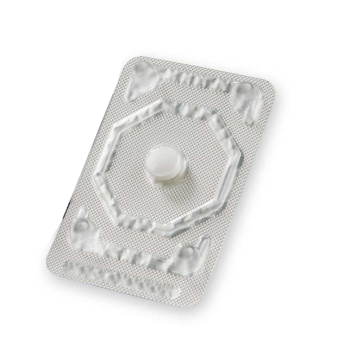 The National Secular Society has asked a medical regulator to investigate an incident in which a pharmacist reportedly refused to serve a woman contraception for "personal reasons".

The NSS has written to the General Pharmaceutical Council (GPC) after a woman was refused the morning after pill at a branch of Lloyds Pharmacy in Brighton.

According to reports the woman pre-ordered and paid for the pill before arriving at the pharmacy, where she was told dispensing the pill would go against the pharmacist's "personal beliefs".

The pharmacist did not elaborate on her reasons and was the only member of staff on duty at the time. She told the patient, who has been named only as Siani, that she should come back the following day or travel to the nearest open pharmacy, which was 10 miles away.

Most local chemists were closed because it was a Sunday.

In his letter NSS chief executive Stephen Evans asked the GPC to "investigate this incident with a view to ensuring that service users are able to obtain medicine in a timely manner and without hindrance".

He added that patients should "not face the humiliating experience of being refused contraception on the basis of pharmacists' personal beliefs".

He also highlighted relevant GPC guidance, which places the onus of responsibility on pharmacies and pharmacy owners to ensure personal beliefs do not restrict patient access.

The guidance says pharmacy professionals who are unwilling to provide services should "take steps to make sure the person asking for care is at the centre of their decision-making, so they can access the service they need in a timely manner and without hindrance".

It also says pharmacists should "recognise their own values and beliefs but not impose them on other people" and "take responsibility for ensuring that person-centred care is not compromised because of personal values and beliefs".

Explaining his decision to write the letter, Mr Evans said medical professionals "should be expected to put the medical needs of the person before them ahead of their own personal opinions".

"We're concerned that on this occasion the pharmacist in question failed to ensure that person-centred care was not compromised. The General Pharmaceutical Council should take steps to ensure its own helpful guidance is upheld in practice and this incident doesn't set a damaging precedent.

"Asking women to travel for miles or come back on another occasion places an unreasonable imposition on, and creates a stigma towards, people who are simply seeking necessary medicine. And allowing personal beliefs to be used as a reason to deny treatment may also endanger patients' health, particularly if those affected are vulnerable."

In comments to the Metro newspaper last week, Siani said: "I can handle this. I'm not embarrassed. I'm old and stroppy enough to make a fuss, but what if I was a teenager?"

Lloyds Pharmacy has apologised to her since the incident.

In recent years religious lobbying groups have argued for 'conscientious objection' clauses which would allow medical staff to refuse to provide certain services for religious reasons.

Last year a bill tabled in the Lords aimed to extend medical practitioners' rights to refuse to carry out their duties on religious grounds. The bill's opponents included NSS honorary associate and Labour peer Glenys Thornton.

That bill was tabled in response to a Supreme Court ruling in 2014 that two nurses did not have the right not to "delegate, supervise and support" staff involved in abortions.