Peer: conscientious objection bill is “a wolf in sheep’s clothing” 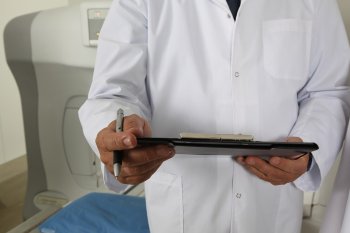 A peer has described a bill that would extend medical practitioners' rights to refuse to carry out their duties on religious grounds as "a wolf in sheep's clothing".

Baroness Thornton, a National Secular Society honorary associate and Labour peer, said the bill represented "a new front in the attempt to undermine our equalities laws".

The Conscientious Objection (Medical Activities) Bill, tabled by life peer Baroness O'Loan, proposes to "clarify the extent to which a medical practitioner with a conscientious objection may refrain from participating in certain medical activities; and for connected purposes".

The current law allows medical practitioners to object on conscientious grounds to participate in the process of treatment which results in the termination of a pregnancy, or technological procedures to achieve conception and pregnancy.

But if the bill is passed it would mean medical staff with religious objections could refuse to participate in any provisions of the Abortion Act 1967, including activity required to prepare for or support abortions. It would also extends rights for medical practitioners to refuse to participate in any aspect of IVF treatment, and the withdrawal of life-sustaining treatment as part of end of life care.

Under the bill, employers who dismiss or restrict promotion, transfer or training opportunities to staff who object to these treatments on religious grounds would be breaking the law.

The bill was tabled in response to a Supreme Court ruling that found conscientious objection rights do not extend to those who "delegate, supervise and support" staff who are involved in abortions. The midwives at the centre of the case had claimed that "being forced to supervise Glasgow health board staff taking part in abortions violated their human rights," despite not being directly involved in abortion procedures.

One of the midwives, Mary Doogan, is now a spokesperson for the 'Free Conscience Campaign', an initiative that supports Baroness O'Loan's Bill.

However, Lord Dubs warned that the bill would significantly widen the scope of conscientious objection and "tip the balance away from the rights of patients".

Lord Cashman, also an NSS honorary associate, said he found the bill "deeply worrying and troubling" and saw it as "an attempt to rewrite laws which respect conscientious objection and which…have been working well". In his speech, Lord Cashman expressed his fears over the extent to which it would reduce patient options and quality of healthcare.

"I believe if this bill were to become law we would see conscientious objection so widened…as to make services such as IVF treatment, end of life care treatment and abortions difficult to access and sustain nationally. And we would witness the imposition of belief to curtail the legal choices and options of others."

Speaking from the bishops' bench, the Bishop of Peterborough said he "strongly supported" the extension of the conscience clause – including to pharmacists.

Lord Singh of Wimbledon expressed support, arguing that "the requirement to be true to our conscience is embedded in our Sikh scriptures" and insisted "we must have the right to object and not take part in what we consider to be the unnecessary taking of human life." Abortion, he said, had become "just another method of contraception", contrary to the ethical teachings of most religions and beliefs".

Stephen Evans, the NSS's CEO, said the bill was a further attempt to impose religious values into the field of heathcare.

"The law as it stands already provides healthcare workers the right not to participate in abortions and the Supreme Court has clarified what constitutes participation," he said.

"Extending the right to conscientious objection to supporting staff would make a staffing a hospital impossible and adversely affect patient care, and impede the ability of women to access their legal right to end a pregnancy.

"Those with strong objections to carrying out their jobs in full should responsibly choose to work in a speciality which does not bring their personal views into conflict with patient care."

The bill will now be debated at committee stage.

UPDATE: The Catholic Church in Scotland has responded to the bill by renewing calls for similar legislation north of the border. Anthony Horan, director of the Catholic Parliamentary Office, said: "While the bill only applies to England and Wales, its progress should be of interest to people in Scotland, where hopefully a similar bill could be presented to the Scottish Parliament."