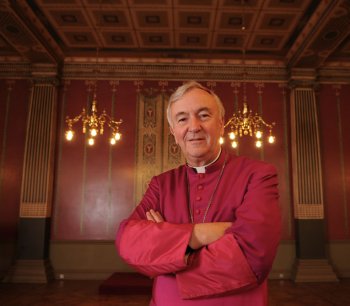 The Catholic Church put its reputation before the interests of child abuse survivors, with senior leaders complicit in significant failures, a public inquiry has found.

A report from the Independent Inquiry on Child Sexual Abuse (IICSA), published today, has also criticised the Vatican and its ambassador for failing to cooperate properly with the inquiry.

The report said the evidence showed "a sorry history of child sexual abuse in the Roman Catholic Church in England and Wales". It noted "too many examples of abusive priests and monks preying on children for prolonged periods of time".

It said that across the period of nearly 50 years covered by the inquiry, "the true scale of sexual abuse of children is likely to have been much higher".

It added that it would be "wrong to regard child sexual abuse within the Roman Catholic Church as solely a historical problem". Since 2016, there have been more than 100 reported allegations of abuse within the church each year.

The inquiry also found that the church's responses to disclosures about sexual abuse have been "characterised by a failure to support victims and survivors". It said this was "in stark contrast to the positive action taken to protect alleged perpetrators and the reputation of the church" and abuse was "swept under the carpet".

It added that resistance to external oversight was "widespread" – including among senior leaders, who had only "partially" implemented the recommendations of two previous reviews.

And on two occasions it said Vincent Nichols (pictured) – who as archbishop of Westminster is the most senior Catholic leader in England and Wales – "seemingly put the reputation of the church first".

The report also highlighted the Vatican's almost complete failure to provide evidence to the inquiry, which repeatedly requested it in relation to abuse at Ealing Abbey and St Benedict's School in west London.

"Despite efforts by the inquiry, very limited information was forthcoming. Much of the information that was provided was already in the public domain.

"The Holy See's limited response on this matter manifestly did not demonstrate a commitment to taking action. Their lack of cooperation passes understanding."

The inquiry was unable to compel the papal nuncio - the Vatican's representative in the UK - to provide evidence as he was covered by diplomatic immunity.

The National Secular Society urged the government to hold the Vatican accountable for its failure to cooperate with the inquiry last year.

The chair of the inquiry, Alexis Jay, said: "For decades, the Catholic Church's failure to tackle child sexual abuse consigned many more children to the same fate.

"It is clear that the church's reputation was valued above the welfare of victims, with allegations ignored and perpetrators protected.

"Even today, the responses of the Holy See appear at odds with the pope's promise to take action on this hugely important problem.

"While some progress has been made, there still needs to be lasting change to culture and attitudes to avoid repeating the failures of the past."

The inquiry's report follows a similarly damning report on the Church of England's handling of abuse, which was published last month.

Richard Scorer, a solicitor at the law firm Slater and Gordon which represented 32 survivors, described the report as "absolutely damning".

"It highlights the shocking scale of abuse, the disgraceful slowness of the church's response, the abject failures of leadership by Cardinal Nichols, and the Vatican's appalling refusal to cooperate properly with the inquiry.

"This is a church that cannot be trusted to protect children. The only way forward now is a mandatory reporting law, so that abuse cannot be covered up, and independent external oversight of church safeguarding. The church cannot be relied on to put its own house in order, and so without these changes, children will continue to be at risk."

Mr Scorer is also a vice-president of the NSS.

"Both the Catholic Church and the Church of England have shown themselves to be incapable of self-regulation.

"It's clear that without a mandatory reporting law and independent oversight to monitor and enforce safeguarding, children within religious institutions will remain vulnerable to abuse."

The NSS argues for a law mandating the reporting of suspected child abuse within institutions, including religious institutions and including when abuse is revealed in the confessional.

During hearings Nichols told the inquiry that Catholic leaders would reject any recommendation to require abuse revealed in the confessional to be reported.

In today's report, along with its recent report on the C of E, IICSA said it would return to the question of mandatory reporting of abuse in due course.