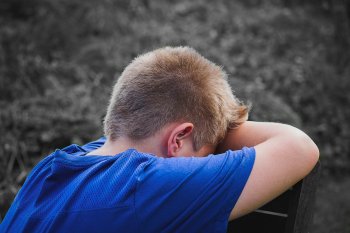 The Church of England failed to take action to deal with child abuse as it prioritised the defence of its reputation, an inquiry has found.

In a report outlining its findings on the Anglican Church, released today, the Independent Inquiry on Child Sexual Abuse (IICSA) said the C of E's culture enabled child abusers to "hide".

The report said "deference to the church's authority and to individual priests" presented a barrier to the disclosure of abuse, which many victims couldn't overcome.

It highlighted other barriers including "taboos surrounding discussion of sexuality" and "an environment where alleged perpetrators were treated more supportively than victims".

The report highlighted examples of the mishandling of abuse allegations, one of which was the case of youth worker Timothy Storey. Storey was allowed to continue working with children after expressing "remorse for everything he had done wrong".

He is currently serving 15 years in prison for several offences against children, including rape.

The report's recommendations included that responsibility for safeguarding should be taken away from diocesan bishops and given to safeguarding officers employed by the church's central hierarchy.

The report said the inquiry would return to issues including the mandatory reporting of abuse and the seal of the confessional in due course.

The National Secular Society argues for a law mandating the reporting of abuse allegations, without exemptions for religious institutions, including when abuse is revealed in the confessional.

"In its willingness to neglect the wellbeing of children in favour of protecting its own reputation, the Anglican Church's actions have facilitated the continuance of abuse, perpetrators being shielded from justice and vulnerable victims either foregoing compensation or having to go to enormous lengths to secure it.

"The hollowness of claims that the Church of England provides our country's moral leadership has again been laid bare. Its status as the established church should be re-examined."

Richard Scorer, a solicitor acting for 20 survivors of abuse in the C of E who is also an NSS vice-president, told The Guardian the report was "very damning".

"It confirms that despite decades of scandal, and endless promises, the C of E continues to fail victims and survivors. Bishops have too much power and too little accountability. National polices are not properly enforced. Sexual offending by clergy continues to be minimised.

"It's clear from the report that huge change is still required, including proper support for survivors and removing bishops' operational responsibility for safeguarding . To make change happen, we also need mandatory reporting and independent oversight of church safeguarding. It is imperative that IICSA recommends these in its final report next year."

IICSA held public hearings into safeguarding in the C of E in July 2019.

The previous year it also held hearings into the church's handling of abuse allegations in the diocese of Chichester and allegations against the abusive bishop Peter Ball as case studies.

Image by Myriam Zilles from Pixabay.