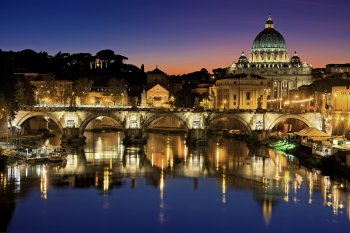 The National Secular Society has urged the government to hold the Vatican accountable over its continued failure to cooperate with a British public inquiry on child abuse.

The NSS has written to Foreign Office minister Tariq Ahmad over the issue after revelations at the Independent Inquiry on Child Sexual Abuse (IICSA) this week.

Counsel to the inquiry Jacqueline Carey said the Vatican had refused to supply written evidence or send witnesses about clerical misconduct in advance of hearings in October, despite a request to do so.

She told the inquiry on Wednesday: "The Holy See confirmed that it would not be providing a witness statement or a witness to attend the hearing. The Holy See considers that the 'domestic laws and internal proceedings of a foreign sovereign entity are not the proper object for a British inquiry'."

IICSA's request, which comes in advance of hearings into abuse in the Catholic Church due to take place in October, concerns issues including:

Carey said the Vatican had told the inquiry its officials are "bound by rules of confidentiality and have immunity from being compelled to give evidence or produce documents".

The Vatican claimed that the papal nuncio to Britain, Edward Adams, had diplomatic immunity and could not be called to testify.

The inquiry also heard that the Vatican had "expressed reservations" about attempts to identify witnesses who could provide evidence about areas of concern which it had not addressed.

In its letter the NSS asked the Foreign Office to "step in to help the inquiry".

Chief executive Stephen Evans wrote: "We urge you, in the interests of the countless victims of Catholic clerical abuse, to bring all the pressure you can to ensure that the Vatican is not allowed to thwart the ability of IICSA to understand and address the significant institutional failures to protect children from sexual abuse within the Roman Catholic Church in England and Wales."

On Wednesday IICSA heard that the Foreign Office's job was "simply to facilitate the passage of correspondence between the inquiry and the Holy See".

Explaining the NSS's decision to write the letter, Mr Evans said: "The Catholic Church's continued failure to cooperate with the IICSA inquiry is unacceptable and again exposes Pope Francis's empty rhetoric on tackling child abuse. In these circumstances the government must be prepared to pressurise the church's hierarchy to change its ways.

"And ultimately the government should be prepared to reconsider its relationship with the Vatican. A religious authority is claiming diplomatic immunity to prevent a British public inquiry from fulfilling its legitimate remit concerning child abuse which took place within the UK. It can't be allowed to defy justice so brazenly without consequence."

In February it was revealed that IICSA had written to the papal nuncio several times to request a statement but had received no response.

At the time the NSS wrote to prime minister Theresa May to urge her to put pressure on the Vatican over the issue. The society did not receive a response.

The pope also promised to take "concrete measures" to tackle abuse in February.

Image by Julius Silver from Pixabay.