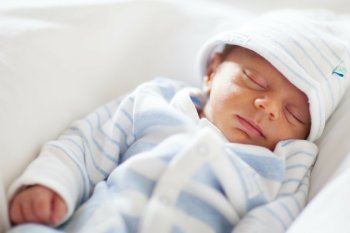 The National Secular Society has urged the children's commissioner for England to encourage child protection agencies and the government to rethink their approach to male circumcision.

In a letter to Anne Longfield, the NSS has said all children should be protected from non-therapeutic genital cutting, regardless of the religion, belief or traditions of their parents.

The letter comes in light of an acclaimed recent academic article which argued that the UK's legal approach to male genital cutting was "indefensible" and "must be changed" to protect children.

In the letter, the NSS said:

"We're therefore urging her to use her position to help to tackle a widespread and significant violation of many children's basic rights. Children should have the ability to grow up in their own bodies and make their own decisions about altering them.

"Child safeguarding must take precedence over adults' wishes to express their beliefs through the cutting of children's genitals."

Image by PublicDomainPictures from Pixabay.