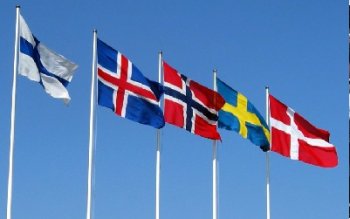 Yesterday, during a meeting in Oslo, Nordic ombudsmen for children, Nordic paediatricians, and paediatric surgeons agreed a resolution urging their national governments to work for a ban on non-therapeutic circumcision of underage boys.

The children's ombudsmen from the five Nordic countries (Sweden, Norway, Finland, Denmark, and Iceland), along with the Chair of the Danish Children's Council and the Children's spokesperson for Greenland passed a resolution to: "Let boys decide for themselves whether they want to be circumcised."

The ombudsmen concluded that: "Circumcision without a medical indication on a person unable to provide informed consent conflicts with basic principles of medical ethics." They found the procedure "to be in conflict with the UN Convention of the Rights of the Child, articles 12, and 24 (3) which say that children should have the right to express their own views and must be protected from traditional rituals that may be harmful to their health."

Dr Antony Lempert, a GP and spokesperson for the UK Secular Medical Forum (SMF), applauded this historic resolution and urged the UK and devolved Governments to work towards protecting all UK children at risk of forced genital cutting.

He said: "This important statement by the Nordic child protection experts is grounded in common sense. Children's basic rights to bodily integrity and to form their own beliefs should not be overridden because of their parents' religious or cultural practices."

Dr Lempert argued that, "with an increasing awareness of serious irreversible harm caused to boys and girls from forced genital cutting it is time for the genitals of all children to be protected from people with knives and strong religious or cultural beliefs. There can be no justification for healthy children to be forcibly cut. All children deserve society's protection from serious harm."