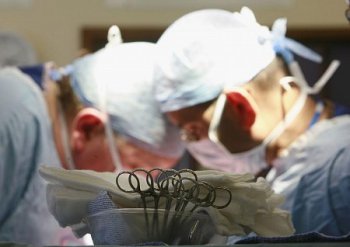 The National Secular Society has reiterated its call for an end to forced genital cutting after an international children's rights advocacy organisation said the practice "goes against medical ethics".

In its newly-released 2018 report the Child Rights International Network (CRIN) called the ritual circumcision of infant males for non-medical reasons a "violation of bodily integrity" which "unnecessarily" exposes children to risks.

"When performed for religious or cultural - not medical - reasons, it flatly designates routine circumcision as medically unjustifiable," the report said. "In fact, there's growing support within the medical community against male circumcision as a routine practice since its non-therapeutic basis means it does not comply with medical ethics.

"Routine male circumcision involves the removal of healthy tissue for no medical reason from one of the most sensitive body parts, unnecessarily exposing a child to the risks of surgery, and usually at an age when they lack the capacity to consent or refuse consent.

"Exposing a child to such risks without curative or rehabilitative justification goes against medical ethics, as well as parental responsibilities to protect a child from injury and harm."

The report noted that the recorded complications arising from male genital cutting include bleeding, panic attacks, infection, disfigurement, necrosis [the uncontrolled death of cells in an organ], amputation and death.

CRIN added that "the pace for legally recognising children's bodily integrity is increasing". It cited a bill currently under consideration in Iceland to introduce prison terms for anyone guilty of "removing part or all" of a child's sexual organs. It also highlighted Malta's decision to ban non-medical genital surgery on intersex infants in 2015.

NSS chief executive Stephen Evans welcomed the report and called on the UK government to "take steps to enforce an age of consent for ritual genital cutting".

"CRIN is a highly-respected organisation which puts children first. Its report rightly addresses a normalised form of abuse which violates children's bodily integrity and the basic principles of medical ethics.

"No child should have the decision to cut their genitals made on their behalf. Politicians in the UK and indeed around the world should heed this call and make sure those too young to consent to this procedure are not subjected to it for any reason other than medical necessity."

There are currently few positive signs of change on the issue in the UK. Earlier this month a report in the Icelandic press said British diplomats were among those who had given disapproving feedback to their Icelandic counterparts over the proposal to ban ritual genital cutting there.

The leading Republican and Democrat on the Foreign Affairs Committee of the US House of Representatives have also issued a joint letter urging Iceland to stop the bill from advancing any further.

But there is a growing medical consensus against the cutting of boys' genitals. In September a Belgian federal government committee ruled against the circumcision of infant boys for reasons other than medical necessity.

In 2010 the Royal Dutch Medical Society urged doctors to adopt "a strong policy of deterrence" on infant male circumcision. It called the practice "a violation of children's rights to autonomy and physical integrity". It also said any medical advantages of circumcision were significantly outnumbered by the risks and other disadvantages, such as the loss of up to 30% of erogenous tissue.

CRIN is a global research, policy and advocacy organisation which bases its work on the UN Convention on the Rights of the Child. Its report also criticised sex assignment of intersex children, the forced sterilisation of children with learning disabilities and virginity testing as violations of children's bodily integrity.