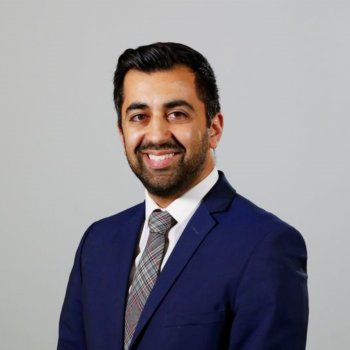 Scotland's justice secretary has said he will give "serious consideration" to a warning from a coalition of public figures that a new hate crime bill would undermine free expression.

Last week a group of actors, artists, campaigners and others signed an open letter which warned about the bill's potential impact on artistic expression and free speech.

The letter expressed particular concern that someone could be convicted of stirring up hatred without any intent being examined.

The bill creates new offences of 'stirring up hatred', including on religious grounds. Its current drafting means people would be convicted of an offence if their behaviour is judged "threatening or abusive" and intended or "likely" to stir up hatred.

The National Secular Society has raised concerns similar to those highlighted in the letter since the bill was introduced.

The letter, coordinated by the Humanist Society of Scotland, said the bill as currently worded could "frustrate rational debate and discussion which has a fundamental role in society including in artistic endeavour".

In response, Yousaf tweeted that the letter would "be given serious consideration" and said he would "reflect further on" the concern that 'stirring up' offences should be restricted to intent only.

Warnings from the NSS and others

The NSS recently warned that ministers' plans represented "an unacceptable erosion of freedom of expression", in response to a consultation held by the Scottish parliament.

As part of its response the society said it should be necessary to prove criminal intent if the offences are introduced.

The NSS is also a supporter of the Free to Disagree campaign, which is calling for a rethink of the bill. Free to Disagree said the fact intent would be unnecessary to secure a conviction "drastically widens the reach of the offence" in its response to the consultation.

And the Humanist Society of Scotland's chief executive, Fraser Sutherland, has said the fact intent would not need to be proven "risks a significant chilling effect on free expression".

NSS head of communications Chris Sloggett said the justice secretary's response to the letter was "a step in the right direction".

"Humza Yousaf's response to this letter is a welcome sign. The fact that someone could be convicted of an offence without showing intent under the bill, as it's currently drafted, is a significant concern which needs to be addressed.

"This should also prompt a broader reflection on the plan to introduce 'stirring up hatred' offences in this bill, to ensure freedom of expression is protected."

Read more about the NSS's position on the bill and its work to protect free expression in Scotland.