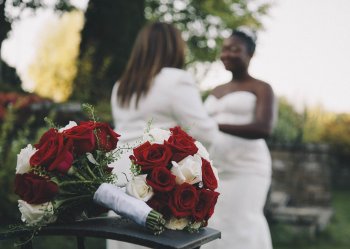 The National Secular Society has warned the government that allowing providers of wedding services to opt out of serving same-sex couples in Northern Ireland would seriously undermine equality law.

Same-sex marriage has been legally recognised in Northern Ireland since 13 January after the UK parliament backed its legalisation last year.

The government is now consulting on issues such as whether certain religious bodies will be able to opt out of offering same-sex marriages.

Ministers currently propose to add in exceptions to current discrimination law so it is not unlawful for officiants to refuse to solemnise same-sex marriages.

The Presbyterian Church in Ireland is calling for exemptions to be extended further to include Christian owned businesses such as hoteliers, wedding photographers and florists who do not wish to provide services to same-sex couples.

This call has been echoed by the DUP. The party's spokesperson Sir Jeffrey Donaldson has argued for "protections for people such as civil registrars and others who have a high level of involvement in local marriages and stand to be disproportionately impacted by the change in law".

The NSS has now written to the government to highlight the dangerous impact any additional exemptions would have on UK equality law.

In a letter to the secretary of state for Northern Ireland, Brandon Lewis MP, the NSS argued that any weakening of discrimination would undermine the equal citizenship of gay and lesbian individuals.

NSS chief executive Stephen Evans said: "The government needs to look very carefully at this consultation and ensure the legislation it puts in place protects the rights and dignity of same-sex couples in Northern Ireland.

"Calls to water-down anti-discrimination laws should be given short shrift. If we start saying civil registrars, or even florists, can refuse to serve same-sex couples, then we will create a damaging hierarchy of rights in society.

"In the name of equality, refusing such demands for a 'conscience exemption' is legitimate, desirable and fully compatible with the European Convention on Human Rights."

This debate on this issue highlights a deeper issue of the entanglement of religion and state in the legal institution of marriage. The lack of separation has resulted in significant complexity in the laws that govern marriage throughout the UK.

Image by briannad26 from Pixabay.