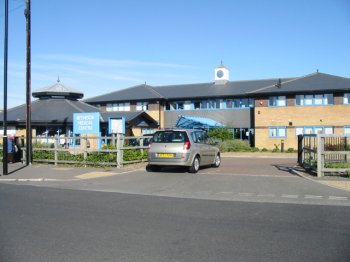 Multiple patients complained about religion being "pushed upon them" at a surgery where a doctor was recently told he would face no action for doing so, it has emerged.

Last month the General Medical Council (GMC) told Dr Richard Scott, a GP from Margate in Kent, he would not be penalised after the National Secular Society raised concerns about his conduct.

The GMC dismissed the case on the grounds that there was insufficient evidence to take it further.

Now NSS research has uncovered minutes from a meeting of a patients' group at the Bethesda Medical Centre in January which reveal that patients have complained about religion being imposed on them.

During the meeting the centre's practice manager Rachael Cousins was asked whether religious representatives could visit patients.

In response, according to the minutes, "Rachael explained that unfortunately, too many complaints are received from patients saying that they do not with (sic) Christianity or any other religion to be pushed upon them when they attend the surgery."

The NSS is now urging the GMC to reconsider its decision not to investigate Dr Scott in light of the fresh evidence.

Earlier this year the NSS asked the GMC to explain how it planned to ensure Dr Scott met the standards required of a doctor, and to protect patients' right to access health care without evangelism.

The NSS raised the case after being contacted by a member of the public who was concerned about an acquaintance being treated at Bethesda. The NSS was told the acquaintance was "highly vulnerable" and was being made to feel uncomfortable because Dr Scott was imposing his religious views during appointments.

In recent press reports Dr Scott has dismissed the recent case against him as "vexatious".

But recent public statements he has made since the GMC's latest decision suggest he is openly defying the authority of the regulator:

In press coverage of the case Dr Scott suggested the complainant simply "didn't like what [he] said on Radio 4". But the NSS received the complaint before Scott's Radio 4 appearance.

NSS chief executive Stephen Evans commented: "The evidence suggests that many patients do not welcome their GP's religion being imposed on them when they attend the surgery. This is why the GMC's ethical guidance prohibits it.

"Dr Scott appears either blind or indifferent to the way his actions may harm patients and undermine the doctor-patient relationship. Being an evangelical Christian does not exempt you from the behaviours and standards expected of all doctors working in the UK."