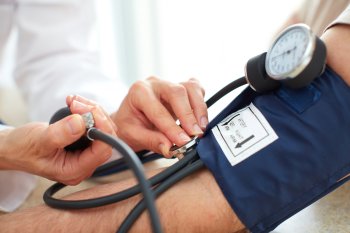 A medical watchdog is investigating a GP who continues to proselytise to patients despite a warning not to do so after the National Secular Society raised concerns about his conduct.

The General Medical Council (GMC) is considering disciplinary action against Dr Richard Scott, who practices at a surgery called the Bethesda Medical Centre in Margate in Kent.

The GMC decided to investigate after the NSS highlighted the treatment of a patient, described by an acquaintance as "highly vulnerable", who was made uncomfortable by Dr Scott's use of prayer.

The acquaintance told the NSS that the patient felt unable to express discomfort and was not able to raise the matter formally or change GP practice.

The NSS wrote to the GMC and the local clinical commissioning group to highlight the case and ask how the bodies intended to protect patients' right to access healthcare free from evangelism.

The GMC warned Scott in 2012 after he distressed a patient by trying to persuade him to change his religion, including by telling him "the devil haunts people who do not turn to Jesus".

In its determination on the case the council said Scott's conduct constituted "a significant departure" from the principles outlined in its professional guidance.

In its letters the NSS also highlighted comments which Scott made about preaching to patients on BBC Radio 4 earlier this year.

On an episode of The Battles That Won Our Freedoms he said drug addiction was a "relevant circumstance" for using faith as a treatment method.

He said he most commonly introduced faith into consultations when "dealing with people with depression or anxiety", saying people would "at least listen" as they are "desperate".

He added that he had converted a patient to Christianity that week and described the warning he had received as "disgraceful".

In his letter to the GMC, NSS chief executive Stephen Evans said it was clear that "Dr Scott feels no remorse for his actions that earned him the warning in 2012, holds the GMC in contempt, and has not ceased from using his position as a doctor to evangelise".

"We hope that you will share our view that conversion activity that targets people who are ill or vulnerable is exploitative and that patients should be protected from it."

Mr Evans also highlighted the fact that Bethesda Medical Centre refers explicitly to Christianity in a section about its "ethos" on its website.

The website says the practice draws its name from "a place in the Bible where Christ healed a lame man and [which] means literally 'house of mercy'".

It also says patients who do not wish to discuss faith should tell their doctors this or write to the practice manager.

"We urge the GMC to ensure GPs set aside their own religious beliefs during consultations and do not exploit their positions to evangelise."

The GMC told The Sunday Times it had "a duty to investigate" if a "complaint or concern raises issues about a doctor's ability to practise safely or threaten [sic] public confidence".

The NSS also wrote to the BBC in February to register concerns that the show featuring Scott breached the corporation's editorial guidelines on impartiality.