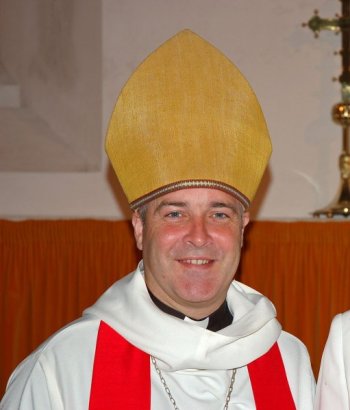 The new archbishop of York blocked a parliamentary amendment that would have made it easier for the Church of England to conduct same-sex marriages earlier this year.

On Tuesday 10 Downing Street announced that the queen had nominated Stephen Cottrell to become the second most senior figure in the C of E.

In February Cottrell successfully intervened in the House of Lords to urge the withdrawal of an amendment that would have allowed the church to accept same-sex marriage without consulting parliament.

The amendment would have removed a legal exemption which currently prevents Church of England and Church in Wales clergy from solemnising same-sex marriages without a change in the law.

Opposition to same-sex marriage is official C of E policy. The amendment would not have required the church to accept same-sex marriage, but would have enabled it to change its position if and when it was ready to do so.

Cottrell, who was bishop of Chelmsford at the time, was acting as one of 26 Church of England bishops who sit in the Lords as of right.

The National Secular Society has said the archbishop's appointment highlights the case for disestablishing the church.

NSS chief executive Stephen Evans said: "The appointment of Stephen Cottrell to the second most senior position in the Church of England is a reminder that our established church retains social attitudes which are out of touch with the views of the British people.

"This anti-gay institution shouldn't lead our national ceremonies, have seats in our legislature or run state-funded schools. It should be disestablished so church and state can go their separate ways.

"That the announcement was made by the Prime Minister's Office highlights again the lack of separation between church and state which holds the United Kingdom back from being a beacon of equality and religious freedom for all."

Some Christian traditionalists have expressed dismay at Cottrell's appointment, based on statements he has made or reportedly made on topics including same-sex marriage.

The pressure group Christian Concern was among those to question the decision on Twitter.