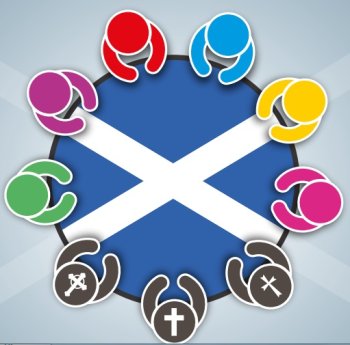 The National Secular Society has urged members of the Scottish parliament to remove religious appointees from councils' education committees in a major report on the topic.

The report also reveals that eight of Scotland's 32 councils are willing to consider revoking voting privileges from the representatives, after another council removed them earlier this year.

The Local Government (Scotland) Act 1973 requires local authorities in Scotland to appoint three religious representatives to their education committees. At least one of them must be appointed by the Catholic Church and one by the Protestant Church of Scotland.

"If Scotland is to be a country where all citizens irrespective of background have an equal chance to participate in decision making, then it can't give one select group a privileged role.

"Reserving a special role in policy making for representatives of specific religious institutions, and in so doing automatically excluding the majority of Scottish citizens based on their protected characteristics of religion and belief, clearly runs counter to principles of equality."

The Scottish government has previously rejected NSS lobbying to remove the religious representatives.

The NSS's report says in the absence of political will in the Scottish parliament for such change, local councils should act to restrict religious appointees' roles.

In April Perth and Kinross Council voted to end religious representatives' voting privileges after the Scottish government said there was no legal obligation to grant these rights.

The NSS has since written to all 32 councils in Scotland to ask them to follow suit. Edinburgh City Council is set to consider revoking the voting privileges next Thursday (22 August). Responses to the NSS's letter show that several other councils could reconsider the rights.

Several other councils have indicated a willingness to consider revoking the privileges, with East Ayrshire Council currently consulting with organisations which appoint unelected members over the idea.

Shetland, Highlands and Dumfries and Galloway councils may all consider voting privileges in their current governance reviews. Councils in Fife, the Scottish Borders and West Lothian have all indicated they could be considered in future governance reviews.

The NSS is sending the report to all MSPs and councillors on Scotland's 32 local authorities.

NSS education campaigner Alastair Lichten said: "The law requiring the appointment of religious representatives to education committees gives religion undue influence over the education of Scottish children and undermines efforts to make Scotland more democratic and equal. The Scottish government should repeal it as soon as feasibly possible.

"In the meantime councillors across Scotland can limit the influence of this undemocratic law by voting to remove religious appointees' voting rights and reforming their positions. It's encouraging to see that some councils are considering this and we urge others to follow suit."

Neil Barber of the ESS said: "Churches have not owned our schools since 1872. That there remain these unchallenged religious privileges in education is tantamount to selling a house but retaining a back door key."

He added that it was "absurd" to suggest faith groups brought "a politically neutral wisdom to the table".

Professor Paul Braterman of the SSS said: "This century-old arrangement was originally put in place to protect the interests of the churches whose schools were being merged into the national system. But surely, now, we can agree that the only interests that matter are those of the children, and the wider community of which they are part."