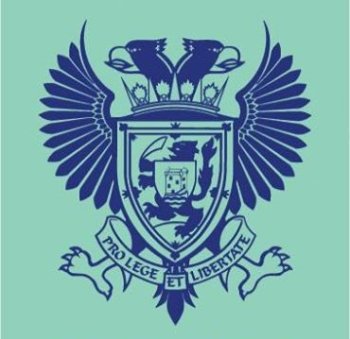 The National Secular Society has welcomed a decision from a council in eastern Scotland to withdraw voting rights from unelected church representatives who sit on its education committees.

Perth and Kinross Council became the first of Scotland's 32 local authorities to take the step after passing a motion which will allow only elected committee members to vote.

The NSS is now writing to Scotland's other local education authorities urging them to follow Perth and Kinross's lead.

The Local Government (Scotland) Act 1973 requires local authorities to appoint three unelected religious representatives to their education committees, at least one of whom must be Catholic and one Protestant.

According to a petition by the Edinburgh Secular Society, the Church of Scotland held the balance of power on 60% of local authority committees in 2013.

The motion in Perth and Kinross, which will come into effect from next Wednesday, was brought by independent council member Xander McDade.

He raised the issue amid public concern over church representatives' role in a recent decision to close a primary school.

Before this week's vote McDade said: "I haven't spoken to a single person who hasn't been appalled by the fact that the decision to close this small rural school was swung by the votes of unelected religious representatives."

Last year, in a letter to the cabinet secretary for education John Swinney, the NSS urged the Scottish government to remove these positions. In response Swinney said the government did not plan to do so.

But the Scottish government recently said councils were not legally obliged to give those representatives voting rights.

"People of all faiths and none should and do have the right to seek election to Scotland's councils and through this secular democratic process take part in education committees. Religious representatives should be given no special privileged treatment.

"Unelected church representatives should not have the power to dictate the way schools in Scotland are run. Removing their voting rights is a significant step which will help to prevent them from imposing their religious agenda on Scotland's schools. We're urging other councils to follow suit.

"The Scottish government should also reconsider its position on this issue. Even if councils strip them of voting rights, religious representatives will continue to have undue influence on Scotland's education system. Without legislation in the Scottish parliament schools will continue to defer to religious interests, when the interests of children and taxpayers should come first."

The motion in Perth and Kinross passed by 21 votes to 19. McDade was one of three independents to support the motion, along with 15 SNP councillors, two Conservatives and a Labour councillor.

Fifteen Conservatives and four Liberal Democrats voted against. Some councillors proposed an alternative, wider review of council standing orders, in an apparent attempt to undermine the original motion.

According to a report in The Times in 2017 the Scottish government was considering plans which would have removed religious representatives' power over local education policy.

In 2013 a private member's bill was brought before the Scottish parliament in an attempt to abolish religious representatives' position on education committees.

Last year an active creationist was re-appointed to sit on the education committee at South Lanarkshire Council as a Church of Scotland representative.

Update (30 April 2019): Renfrewshire Council has announced that unelected religious representatives will continue to enjoy voting rights on its education committee, according to The Gazette.

Council leader Iain Nicolson (SNP) has defended the decision to keep the religious appointees. But SNP councillor Will Mylet has urged the council to rethink its stance and said he will ask its convener of education to remove the religious representatives' voting rights as soon as possible.