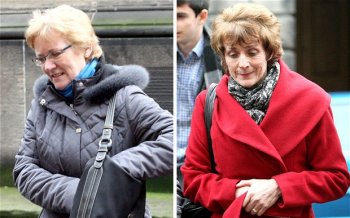 The Supreme Court has overturned a ruling on the case of two Catholic midwives, upholding an appeal from the Greater Glasgow Health Board. The nurses had claimed the right not to "delegate, supervise and support" staff who were involved in abortions.

The court ruling has been welcomed by the National Secular Society, which said the ruling clarified the limits of conscientious objection in abortion treatment.

Despite neither nurse being directly involved in abortion procedures, Mary Doogan and Concepta Wood claimed that "being forced to supervise Glasgow health board staff taking part in abortions violated their human rights."

The Supreme Court has now ruled unanimously that the two nurses were not "participating" in abortions and were therefore not protected by the Abortion Act 1967's provision for "conscientious objection."

The two nurses argued that they "hold a religious belief that all human life is sacred from the moment of conception and that termination of pregnancy is a grave offence against human life."

After an extended legal battle the two nurses eventually won the right not to supervise staff who were involved in abortions, or who were providing care to patients undergoing termination of their pregnancy.

This was despite an initial ruling in which the Court of Session ruled that "nothing they [the nurses] have to do as part of their duties terminates a woman's pregnancy. They are sufficiently removed from direct involved as, it seems to me, to afford appropriate respect for and accommodation of their beliefs."

The two nurses have since pursued an extended legal battle to win a right to conscientiously object to having to "delegate, supervise and support" staff who were involved in abortion procedures. They won an appeal in April 2013 which found that "the right of conscientious objection extends not only to the actual medical or surgical termination but to the whole process of treatment given for that purpose." Following that ruling, Greater Glasgow Health Board were urged by the National Secular Society to appeal to decision.

National Secular Society executive director, Keith Porteous Wood, said, "This vital ruling clarifies the limits of conscientious objection in abortion treatment. Had the case gone the other way it might have opened the way for the broadening of conscience clauses in many other areas of life - much to the detriment of those who don't share the religious or ethical views of those exercising their conscience."

Ann Furedi, Chief Executive of the British Pregnancy Advisory Service, said: "BPAS supports the right to refuse to work in abortion care, not least because women deserve better than being treated by those who object to their choice. But the law as it stands already provides healthcare workers with these protections."

"Extending this protection to tasks not directly related to the abortion would be the detriment of women needing to end a pregnancy and the healthcare staff committed to providing that care. There are enough barriers in the way of women who need an abortion without further obstacles being thrown in their way."

The press summary of the ruling can be found here.