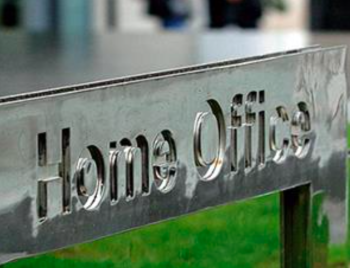 The National Secular Society has asked the Home Office to review its use of 'faith tests' in the handling of asylum applications amid concerns over a series of dubious refusals.

In a letter to the department the NSS said a recent high-profile case in which an applicant was rejected on theological grounds had highlighted "the need for a wider review".

The NSS raised the issue after the Home Office used Bible passages to justify its decision to refuse asylum to a man who converted from Islam to Christianity.

The Home Office has since agreed to reconsider the case, which generated widespread coverage last week.

In a letter to Caroline Nokes, the minister for immigration, chief executive Stephen Evans said the NSS was "appalled at the rationale" behind the original decision in that case.

"We consider it wholly inappropriate for the government to use theological justifications for refusing asylum applications.

"Decisions on the merits of an asylum appeal should be based on a careful assessment of the geopolitical situation in the country of origin and the evidence at hand – and not on the state's interpretation of any given religion or belief."

Mr Evans expressed concern that the case was part of "a clear pattern of the Home Office using crude 'knowledge testing'", contradicting the department's official policy.

"We do not underestimate the difficulty the department faces in differentiating between genuine asylum claims and inappropriate ones. We also appreciate the Home Office has stated that the handling of this latest case was not in accordance with policy relating to claims based on religious persecution.

"But we are keen to know what the Home Office is doing to address the disparity between its policy guidelines and what is happening in practice."

Mr Evans wrote: "This is a worrying message for a country that respects religious freedom and free expression to send out."

In another case reported over the weekend an Iranian woman was told her claim had been rejected because "your belief in Jesus is half-hearted".

The NSS has previously expressed concern at a decision against an ex-Muslim asylum seeker from Pakistan who was considered "not a genuine follower of Humanism". That decision was justified on the grounds that the asylum seeker did not mention Plato and Aristotle when asked to name ancient Greek Humanist philosophers.

Commenting on his decision to write the letter, Mr Evans said: "Whilst we welcome the decision to review an individual application which generated significant media attention, this case – along with others we're aware of – highlights the need for a more fundamental review of the rationale for decision making at the Home Office.

"We need a system which enables those handling asylum cases to get to the truth of the matter. Decision makers clearly need a good understanding of the local circumstances and geopolitical situation of the country of origin, but the use of 'faith tests' for applicants is highly questionable and needs to be rethought.

"Asylum decisions should be based on the need for those involved to be sheltered from persecution and the UK's ability to provide them with sanctuary. They shouldn't be based on irrelevant questions about theology or an individual's commitment to a particular faith."

The office of the UN High Commissioner for Refugees (UNHCR) and a parliamentary group have previously warned of the limitations of knowledge testing in asylum applications.

In a report in 2013 the UNHCR wrote: "A lack of knowledge about one's asserted religion may not be necessarily indicative of a lack of credibility. It may simply indicate that relevant factual information has not been learned, or an inability to recall particular details of such information."

In 2016 a report from the all-party parliamentary group for international freedom of religion or belief also criticised the use of knowledge testing to assess the credibility of asylum claimants.