MP calls for mandatory reporting of child abuse during PMQs 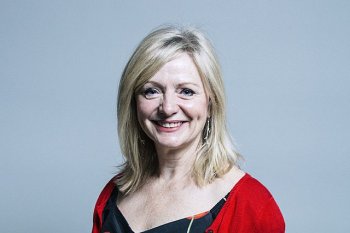 The National Secular Society has welcomed an MP's call for a law to require the reporting of suspected child abuse, including in the Church of England, at prime minister's questions.

Tracy Brabin, the Labour MP for Batley and Spen in West Yorkshire, raised the subject in the House of Commons on Wednesday. She asked whether Theresa May would "commit to protect children and introduce mandatory reporting across all institutions, including the Church of England".

She highlighted the case of her constituent Matthew Ineson, who has waived his anonymity to highlight the abuse he suffered. She said mandatory reporting could have prevented abuse which has recently been scrutinised at the Independent Inquiry into Child Sexual Abuse (IICSA).

In response the prime minister said there was "mixed evidence on the impact of mandatory reporting". She added that "we are doing our best to repair… by giving some sense of justice to the people who suffered at the hands of too many institutions, including institutions of the state, for too long".

"Tracy Brabin is right to highlight the need for mandatory reporting of child sexual abuse, including in the Church of England.

"The evidence which has emerged from recent hearings at the Independent Inquiry into Child Sexual Abuse has been a damning reminder of the long history of excuses and cover-ups of child abuse in religious institutions. A mandatory reporting law would have helped to tackle this.

"The government must put child protection before deference to religious groups."

The NSS campaigns for effective measures to bring perpetrators of clerical child abuse to secular justice.

In recent months the Independent Inquiry into Child Sexual Abuse (IICSA) has heard damning evidence of the cover-up of child sexual abuse in the C of E. Mr Scorer has been closely involved in the inquiry's hearings in his role as a lawyer representing some of the victims.

And earlier this year a BBC report revealed that the church had engaged in a huge cover-up of sexual abuse by drastically reducing the number of cases it deemed to require formal action.

On Wednesday Ineson welcomed Brabin's intervention and called mandatory reporting a "hugely important" issue. But he described May's response as "somewhat weak and evasive" and offered to meet her to discuss the issue.

Meanwhile this week three survivors of abuse within the Church of England told the NSS they knew of 18 bishops who failed to act in response to their abuse alone.

One of the survivors, Gilo, said this reflected "the reality that the C of E dare not face squarely".

"The C of E leadership is failing to take any ownership of all this denial and pretending that everyone will look away. It's an 'emperor's new clothes' situation. Eventually the hierarchy will look more and more ridiculous, and all this pretence and denial will no longer be sustainable."