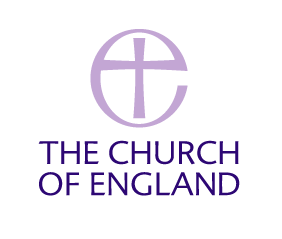 The Church of England engaged in a huge cover-up of sexual abuse by vastly reducing the number of cases it deemed to require formal action, a BBC report has shown.

The report says the church looked in to 40,000 case files during a past cases review (PCR) in 2010. The church found a range of ways of whittling down the numbers and concluded that just 13 cases of alleged child sexual abuse needed formal action.

The church excluded cases of sexual offences which had been decriminalised, meaning those involving abuse of boys aged 16 and 17 may have been unrecorded. It left out cases involving those who had died, retired or were deemed no longer to pose a risk.

It left out those related to a cleric who was allegedly addicted to pornography and another said to have had an "obsessional interest in satanic ritual abuse". It left out allegations of grooming behaviour.

One diocesan bishop did not engage with the review at all and the church left many files containing allegations unopened.

It is not clear whether all 40,000 cases related to abuse claims.

Email exchanges suggest the C of E's leaders prioritised the defence of its reputation and that of Rowan Williams, the archbishop of Canterbury at the time. In an email a press adviser to Williams said "the real danger here is that these stories are used to suggest that the CofE is as bad as Rome, both in abuse and cover-up" and "the aim must be to distance the current ABC (archbishop of Canterbury) from it as much as poss".

The email was sent during the Chichester sexual abuse scandal in October 2010.

Richard Scorer, a National Secular Society vice-president and head of abuse at the law firm Slater and Gordon, said the report was a reminder of the need for a law requiring the reporting of known or suspected abuse to the police.

"The BBC report confirms not only that the church's past cases review was grossly inadequate, but that senior leaders in the church deliberately excluded relevant cases in order to minimise the numbers and embarrassment to the church.

"This report confirms that until we have a mandatory reporting law, requiring the reporting of known or suspected abuse to the statutory authorities on pain of criminal sanctions, the churches will continue to hide embarrassing cases when it suits them. It is high time that the law stepped in to stop these constant cover ups of clerical sex abuse."

In most cases survivors were not asked to give evidence to the PCR. Survivors have criticised the church's response.

One campaigner, Gilo, told the NSS: "It looks like they shoehorned this into an eggcup to make it disappear. This was industrial scale whitewash. I wonder how all those who took part in this process felt as they watched their numbers whittled down.

"It's disturbing the way that individuals across the church - across dioceses - were in effect pressurised into complicity into this process."

Phil Johnson, a campaigner and joint winner of the NSS's 2018 Secularist of the Year prize, told the BBC the church's response had been "wholly inadequate". He described "a sense of paralysis almost" and said the church saw survivors "as the problem".

Earlier this year the Independent Inquiry into Child Sexual Abuse heard evidence of serious safeguarding failures and cover-ups during three weeks' worth of hearings into the Church of England's handling of abuse in Chichester.

The C of E says it is taking the criticism seriously. It says it will support the recommendations in a report on the subject from Sir Roger Singleton and it has commissioned a survey to ask for the views of survivors.

Following the BBC's revelations the church published the Singleton report this morning. The report was due to be published next month.