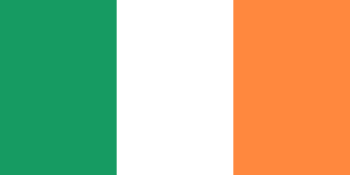 The National Secular Society has welcomed Irish voters' decision to repeal the blasphemy provisions in their country's constitution and called for international pressure to encourage other countries to follow suit.

On Saturday night it was announced that voters in the Republic of Ireland had voted to decriminalise blasphemy by a margin of 65% to 35% in a referendum on the subject.

The result means the word "blasphemous" will be removed from Article 40.6.1°.i of Ireland's constitution, which makes "the publication or utterance of blasphemous, seditious, or indecent matter" a punishable offence.

The justice minister will also move to amend Ireland's 2009 Defamation Act. Under the act it is illegal to publish or utter a matter that is "grossly abusive or insulting in relation to matters sacred by any religion, thereby intentionally causing outrage among a substantial number of adherents of that religion".

This offence can generate a fine of up to €25,000 and was cited as the justification behind a police investigation into the actor Stephen Fry in 2017.

NSS spokesperson Chris Sloggett said the result of the referendum would "allow Ireland to stand consistently in solidarity with persecuted free thinkers around the world".

"Irish voters have taken a welcome stand for free speech and removed any doubt that this constitutional provision could at some point be used to justify cracking down on people for what they say about religion.

"Politicians in the UK should take note of this result, and the most obvious next step here should be the repeal of Scotland and Northern Ireland's blasphemy laws.

"Meanwhile the government must use the momentum this decision generates to increase the pressure on countries around the world to repeal their blasphemy laws. And it must redouble its efforts to protect those who face restrictions on their speech on religious issues worldwide."

Last year a report from the US Commission on International Religious Freedom found laws restricting free expression on religious issues in 71 countries. Most of these countries had severe punishments for those transgressing the laws.

Ireland has now passed three major secularising measures through referenda in the last three and a half years. In 2015 voters approved legal same-sex marriage equality and in May this year they chose to overturn the eighth amendment, which effectively banned abortion in almost all circumstances.

Earlier this month the health minister introduced parliamentary legislation which would allow abortion services to operate.

There have also been moves towards secularism in publicly-funded healthcare in Ireland. The trend suggests the Catholic Church's influence is declining.

The turnout for Ireland's blasphemy referendum was 44%.