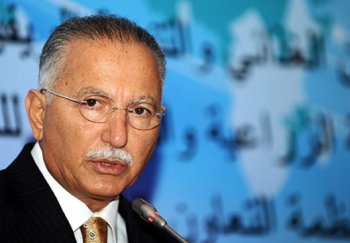 The Secretary General of the Organisation of Islamic Co-operation has revealed that it has abandoned plans to introduce a global blasphemy law through the United Nations.

Ekmeleddin Ihsanoglu said his 57-nation body would not try again for United Nations support to ban insults to religion, saying that Western opposition — particularly from the USA and Europe — made the prospect of success very remote.

"We could not convince them," said the Turkish head of the 57-member organisation which had tried from 1998 until 2011 to get a United Nations-backed ban on blasphemy. "The European countries don't vote with us, the United States doesn't vote with us."

Western countries see the publication of such images and materials regrettable but a matter of free speech.

The campaign for a worldwide ban on "religious defamation" was revived after the posting of the Innocence of Muslims video on YouTube. Twenty-five people have been killed during protests over the video.

Ihsanoglu told a conference in Istanbul at the weekend that the OIC had failed to win a ban at the United Nations and would not revive its long diplomatic campaign for one.

Asked about recent media reports that the OIC wanted to resume the campaign for a blasphemy ban, he said: "I never said this and I know this will never happen."

The OIC respects freedom of expression but sees anti-Islam videos and cartoons as an abuse of this freedom. He thinks that Western countries should introduce sanctions through their own blasphemy or hate crime laws, he said.

Responding at the United Nations last month to the Muslim protests against the U.S., President Barack Obama said: "The strongest weapon against hateful speech is not repression, it is more speech – the voices of tolerance that rally against bigotry and blasphemy."

A number of Islamic leaders have expressed their bewilderment that Western leaders do not share their concerns about blasphemy which they want to be an offence in law punishable in some cases — such as Pakistan — with death.

Meanwhile, a key proposal by Tunisia's ruling Islamist party to outlaw blasphemy in the new constitution, which stoked fears of creeping Islamisation, is to be dropped from the final text, Assembly speaker Mustapha Ben Jaafar has told reporters.

The agreement to drop the clause follows negotiations between the three parties in the ruling coalition and must still be approved by the committees drafting the constitution, which Jaafar said would be debated by parliament next month.

The move came after President Moncef Marzouki warned that radical Islamist militants pose a "great danger" to the Maghreb region, and following a wave of violent attacks — blamed on Salafists — on targets ranging from works of art to the US embassy.

"There will certainly be no criminalisation," Jaafar, the 72-year-old speaker of the National Constituent Assembly, told the AFP news agency. "That is not because we have agreed to (allow) attacks on the sacred, but because the sacred is something very, very difficult to define. Its boundaries are blurred and one could interpret it in one way or another, in an exaggerated way," he added.

The draft Constitution still ensures sharia law will be implemented.

See also: Why a constitution is a bad place for a blasphemy law