NI women will be able to access abortions in Ireland, minister says 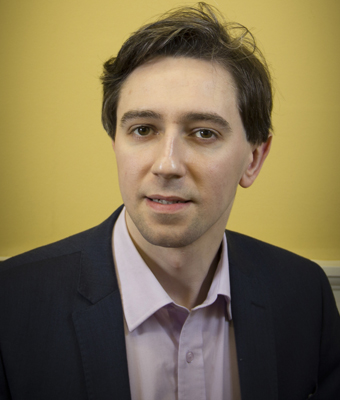 Women from Northern Ireland will be able to access abortion services in the Republic of Ireland when the law changes there, an Irish minister has said.

On Tuesday night Ireland's minister for health Simon Harris told an event in Belfast he intended to ensure access was possible while Northern Ireland retained its current restrictions on abortion.

He added his view that Northern Ireland's laws should be liberalised in the near future.

"In the meantime, I intend to ensure women from Northern Ireland can access such services in the Republic, just like they can access other health services here."

Abortion is illegal in Northern Ireland including in the cases of rape, incest or fatal foetal abnormalities. It is only allowed when "necessary to preserve the life of the woman, or there is a risk of real and serious adverse effect on her physical or mental health, which is either long term or permanent".

The Irish government is preparing to introduce legislation to allow abortions into parliament in the autumn. In May a sizable majority of Irish voters chose to repeal the eighth amendment, which banned abortion in almost all circumstances, in a referendum.

The NSS campaigns to ensure there are no religious restrictions on reproductive rights and has repeatedly called for reform of Northern Ireland's abortion laws.

Last year the NSS told the UN's Human Rights Council that Northern Ireland's restrictions on abortion were out of touch with international human rights norms. The society said decisions on upholding human rights should not be devolved.

Religion is a key reason why Northern Ireland retains stringent controls on abortion and was also a major reason why the Republic of Ireland had the eighth amendment.

Earlier this year a UN committee accused the UK of violating women's human rights by restricting abortions in Northern Ireland. The committee added that the UK should repeal the 19th-century law which criminalises abortion.

In 2016 Stormont assembly members voted against a proposal to allow terminations in cases of fatal foetal abnormality and sexual crime.

Image: Portrait of Simon Harris, © Oireachtas, via Wikipedia [CC BY 4.0]