UN: UK should legalise abortion and ensure NI women can access it 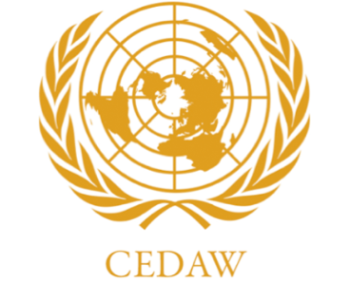 The National Secular Society has welcomed UN recommendations that the UK Government should decriminalise abortion and ensure women in Northern Ireland can legally terminate their pregnancies.

On Friday a UN committee accused the UK of violating women's human rights by restricting abortions in Northern Ireland and said it should repeal the 19th-century law which criminalises abortion.

In a report, the Committee on the Elimination of Discrimination Against Women (CEDAW) said Northern Ireland's law caused "great harm and suffering" to thousands of women and girls, who either have to travel outside Northern Ireland or carry their pregnancies to term against their will.

Abortions are only allowed in Northern Ireland if a woman's life is at risk or there is a serious risk to her mental health. Women whose pregnancies have resulted from rape or incest cannot have legal abortions; nor can those whose babies have fatal foetal abnormalities.

"The situation in Northern Ireland constitutes violence against women that may amount to torture or cruel, inhuman or degrading treatment," said CEDAW vice-chair Ruth Halperin-Kaddari. Ms Halperin-Kaddari visited Northern Ireland in 2016 to conduct a confidential inquiry into allegations by civil society organisations that women faced grave and systematic rights violations.

The report recommended that the criminalisation of abortion contained in the 1861 Offences Against the Person Act should be repealed. It said terminations should be allowed in Northern Ireland in cases when there is a fatal foetal abnormality, a sexual crime has taken place or there is a non-permanent threat to a woman's health.

It said women were "torn between complying with discriminatory laws that unduly restrict abortion or risk[ing] prosecution and imprisonment". The chief commissioner of the UN Human Rights Commission, Les Allamby, called it "timely".

Abortion is partially decriminalised in England, Wales and Scotland, although women can commonly access abortions in those three countries until the 24th week of their pregnancies. Many Northern Irish women currently travel to the rest of the UK to have abortions.

Hardline religious groups have commonly defended Northern Ireland's draconian abortion laws. In August Arlene Foster, Northern Ireland's first minister and the leader of the DUP, promised to resist efforts to liberalise them. When questioned on this issue and same-sex marriage, Ms Foster has said "the DUP is – and we make no apology for this – founded on very strong Christian values".

In response to the latest report, the chief executive of the advocacy group Christian Action Research and Education told Sky News the current laws provided "support for the unborn child" which should not be changed.

The NSS has campaigned against religious restrictions on reproductive rights since the 19th century. In response to the latest news its chief executive, Stephen Evans, called the current situation for Northern Irish women "an unacceptable result of deference to religious sensitivities".

"The Government must not allow religious groups to dictate what women may or may not do with their bodies. Policy on abortion should be made based on respect for human rights and scientific evidence."

In June the UK Government announced that it would make abortion services freely available to women from Northern Ireland on the NHS in England. The leaders of the Welsh and Scottish governments followed this by making similar offers of their own.

CEDAW's report comes amid a lengthy impasse in power-sharing talks in Northern Ireland. Several commentators have suggested the Westminster Parliament may be about to impose direct rule. This would give MPs the ability to overturn Northern Ireland's ban on abortion. It would also allow them to pass other measures which have faced opposition from the religious lobby, such as the legalisation of same-sex marriage in the province.

Last year the NSS told the UN's Human Rights Council that Northern Ireland's restrictions on abortion are out of touch with international human rights norms and called on it to renew its 2012 recommendations on the topic. The NSS said decisions on upholding human rights should not be devolved.

In 2015 Belfast's Court of Appeal ruled that the Northern Ireland Assembly should decide on the country's abortion law, rather than the courts in the country. A year later the Assembly voted against legalising abortion in cases of foetal abnormality and sexual crime.