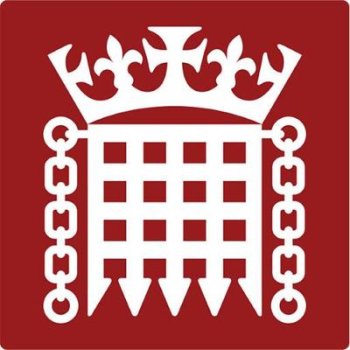 In a report published yesterday, the Lords select committee on citizenship and civic engagement said faith schools should not be exempt from requirements to promote "shared values of British citizenship". It suggested using this phrase to replace the current term 'fundamental British values'.

It also said rules on school admissions should only be changed if doing so does not increase social segregation. This is a blow to government plans to allow more faith-based discrimination in new faith schools.

The committee also backed efforts by education watchdog Ofsted to crack down on schools which promote discriminatory attitudes about sex and relationships.

Several of its recommendations closely resembled the suggestions the National Secular Society made in its submission to the committee (begins on p.1096).

The NSS said a multi-faithist approach to public policy had undermined common citizenship, eroded some common human rights and values and harmed the rights of women and "minorities within minorities".

"Accommodating the vast plethora of identities within Britain requires engagement to be based on equal citizenship, rather than any particular identity frame," the NSS's submission said.

It added that the UK should "develop notions of universal rights and responsibilities that transcend all faith and belief systems" and that "equality and human rights" should be "central to young people's education".

The committee's report was titled The Ties that Bind: Citizenship and Civic Engagement in the 21st Century. Its summary said "the creation of a country in which every one of its citizens feels secure, engaged and fulfilled must be a primary objective of a successful modern democratic nation".

"While a variety of faiths, beliefs and customs can enrich our society, and respect for the values of others is a high priority, respect for the law must come first. There is no place for rules or customs whose effect is to demean or marginalise people or groups – equality before the law is a cornerstone of our society.

"The rule of law, together with a commitment to democracy, individual liberty and respect for the inherent worth and autonomy of all people, are the shared values of British citizenship from which everything else proceeds. These are 'red lines' which have to be defended."

The committee added that these values should "be promoted in their own right rather than simply as an adjunct of counter-extremism policy". It said guidance to teachers should show that the promotion of "shared values of British citizenship" was intended "to encourage positive citizenship rather than solely aiming to counter extremism".

"Shared British values can present a positive vision of what people in Britain believe, and could help prevent the need for counter-extremism intervention," it added.

It also said "any change in the rules governing admissions criteria to faith schools should ensure that they do not increase social segregation". The government is currently considering allowing new faith schools to admit all their pupils on the basis of their parents' faith, a move the NSS is lobbying against.

On Relationships and Sex Education (RSE), the report said it was "entirely right" for education watchdog Ofsted to sanction schools which "fail to teach about LGBT people". It said: "Although religious groups are not bound by anti-discrimination law in the practice of their faith, promoting discrimination has no place in schools."

In February the NSS told the government that young people's access to RSE should not be restricted on religious grounds.

The committee also questioned whether the Department for Education was "sufficiently considering" whether faith schools would "promote shared British values" before they are opened, rather than "relying on Ofsted to inspect these schools further down the line".

And it said the DfE should ensure unregistered schools are "not used by communities as a way of avoiding learning about shared British values".

NSS chief executive Stephen Evans said there was "much to commend in this report".

"The committee has rightly stressed that public policy must not allow religious groups special exemptions to the laws and policies that affect the rest of us. It has also made the case for a positive vision of British society which tolerates difference while upholding the rule of law for all.

"Its recommendations on schools are also generally welcome. The government should pay particular attention to what this report says on faith-based admissions and sex education.

"But ultimately the government will need to go further than this committee is recommending. Promoting a free and fair society for all citizens relies on the rollback of religious influence in our public life – particularly in the education systems of the UK's constituent parts."