NSS: Faith must not restrict pupils' access to sex education 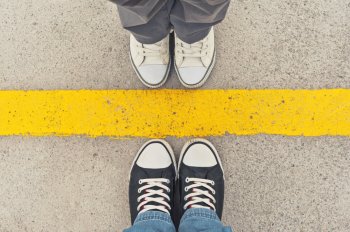 The National Secular Society has told the Government that young people's access to Relationships and Sex Education (RSE) should not be restricted on religious grounds.

The NSS also said RSE and PSHE (Personal, Social and Health Education) teaching should be "underpinned by a strong human rights framework". It said the core ideas behind RSE should be linked to corresponding rights such as consent, equality and bodily autonomy.

The Society was responding to a consultation on changes to the teaching of RSE and PSHE as the subjects become compulsory in England. It criticised the fact the proposals would continue to allow schools to teach RSE "in accordance with the tenets of their faith" and parents to remove their children from RSE teaching.

"Religious influence must not allow children's education to be distorted or diminished," it said.

The NSS is encouraging its supporters to respond to the consultation, which closes on Monday 12 February at 11.45pm.

Alastair Lichten, the NSS's education and schools officer, said: "Getting Relationships and Sex Education on a statutory footing, so every child has access to age appropriate provision, was a major success.

"After achieving this with such broad support, it would be a tragedy if the Government were to let some pupils down by making concessions at the behest of regressive faith groups. Faith schools must not use their 'ethos' to misinform or avoid their equality duties.

"Guidance must make clear that age-appropriate education about sex and relationships is the right of every child, irrespective of the school they attend or the religious beliefs of their parents".

Mr Lichten called on supporters to take a "last chance" to respond to the consultation.

The NSS identified three areas of RSE that have "often been neglected" due to the lack of a statutory requirement: contraception, non-heteronormative relationships and consent (including bodily autonomy).

"In all areas there is a big gap between expectation and reality," the NSS wrote. It cited research by the Terrence Higgins Trust in 2016, which found that 97% of young people thought RSE should be LGBT+ inclusive but 95% had not learned about LGBT+ sex and relationships and 97% had not discussed gender identity in RSE. Three-quarters of young people had not had RSE that covered consent.

The NSS's response said regulations on how schools teach RSE should not include "an option simply not to teach that subject". It highlighted concerns about a recent meeting between education minister Lord Agnew and Charedi 'community representatives', where a rabbi reportedly told the minister there would be "no compromise" on "alternative lifestyles and recently legitimised forms of marriage".

The NSS warned that the parental opt-out would "mean many children are denied the protection from harm that balanced and accurate SRE offers". It pointed out that the case of AR & LR v Switzerland (2018) showed that compulsory sex education does not breach parents' article eight or nine rights under the European Convention – those protecting the right to a private family life and freedom of belief.

The response also referred to the long history of faith schools using sex education to advance their religious agenda, particularly harming LGBT+ pupils. The 2017 School Report by the charity Stonewall showed the differences between many faith and community schools. One 17-year-old told researchers: "We were openly told that same-sex relationships are too inappropriate to be discussed in class. A pupil asking about same-sex adoption was asked to leave the class so as not to offend the sensitivities of other students."

The NSS said plans to teach young people about online safety should apply to all schools, including those with religious objections to students using the internet.

The NSS also highlighted the need for schools to actively counter the regular promulgation of falsehoods and anti-sex education propaganda in religious communities.

One example of a response to the consultation, circulated by an Islamic group, said children "from the age of four" would be "exposed to indecent resources". A guide by a Christian group warned of the "active promotion of an LGBT agenda" and the problems of treating "all lifestyles as equally valid", calling for Christian beliefs to be promoted through all aspects of RSE and PSHE. A group of Jewish schools – which felt the need to censor the word "sex" throughout its guidelines – said "schools must be able to use their faith teachings and practices as the lens to teach PSHE" and RSE.

Mr Lichten said: "A strand of fearmongering runs through all these guides, along with a lack of concern for young people's rights and the arrogant assumption that faith schools should be free to advance dogma, without any concern for equality or accuracy."

On Tuesday several MPs spoke up in favour of robust statutory PSHE during a debate in the House of Commons. Teresa Pearce of Labour said "all children should be treated equally and have equal access to information". Her colleague Sarah Champion raised statistics which suggest one in 20 children will experience sexual abuse. The Green party's Caroline Lucas said "all children, regardless of faith or background, have the right to know the facts".

The call for evidence on PSHE and RSE is open until 12 February 2018. You can share your view using the DfE's online survey.