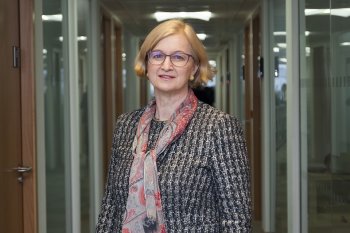 The National Secular Society has welcomed a call from the head of education watchdog Ofsted for head teachers to confront religious extremists who "indoctrinate impressionable minds".

In a speech at the Church of England Foundation for Education Leadership, Amanda Spielman told heads they had a responsibility to "tackle those who actively undermine fundamental British values or equalities law".

Ms Spielman said school leaders should promote "a muscular liberalism" which "holds no truck for ideologies that want to close minds or narrow opportunity". She contrasted this with "a passive liberalism that says 'anything goes' for fear of causing offence".

She said she was concerned that some schools were being used to espouse "extremist ideology" and Ofsted inspectors were increasingly encountering "those who want to actively pervert the purpose of education".

"Under the pretext of religious belief, they use education institutions, legal and illegal, to narrow young people's horizons, to isolate and segregate, and in the worst cases to indoctrinate impressionable minds with extremist ideology."

She added that leaders should not assume "the most conservative voices in a particular faith speak for everyone".

Ms Spielman also put on record her support for the school leaders at St Stephen's primary school in Newham. Last month they were forced to back down from their policy of restricting hijabs and fasting for young children amid a campaign of intimidation.

"Schools must have the right to set school uniform policies as they see fit, in order to promote cohesion. It is a matter of deep regret that this outstanding school has been subject to a campaign of abuse by those who want to undermine the school's position.

"Ofsted will always back heads who take tough decisions in the interests of their pupils."

Ms Spielman also called for "changes to legislation" to give Ofsted more power to regulate out-of-school provision and criticised the Church of England for resisting such changes.

"Some out-of-school settings… operate as illegal schools [and] use the opportunity to… put poison in the minds, hatred in hearts of young people.

"It is a matter of regret that the Church has resisted changes in the law to allow Ofsted to inspect these settings. This is not about infringing religious freedom: no one is proposing a troop of inspectors turning up at Sunday schools. Instead, it is about ensuring that the small minority of settings that promote extremism are not able to evade scrutiny."

"Religious extremists are using schools to narrow children's horizons and indoctrinate them. It is incumbent upon those who set education policy and run schools to resist them.

"We welcome Amanda Spielman's commitment to tackling this problem where it exists and Ofsted's willingness to support school leaders who stand up to fundamentalism. We are also pleased to see her willingness to rebuke the Church of England for its resistance to laws which would help to protect young people in out-of-school settings.

"Fear of offending religious sensibilities is not a good enough reason to let down children."