School ‘intimidated’ into lifting restrictions on hijab and fasting 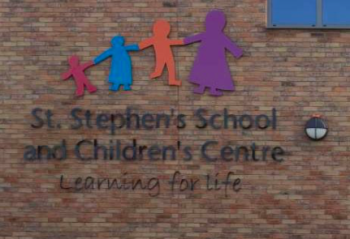 A top-rated primary school that restricted hijabs and fasting has been forced to back down on its policies following a campaign of "intimidation" from opponents.

St Stephen's Primary School in Upton Park, Newham, east London, had banned girls under eight years old from wearing hijabs at school. It had also told parents that children should not fast during Ramadan.

The school's chair of governors, Arif Qawi, had come to the decision after consulting with Muslim clerics who told him that boys should fast only from the age of puberty. However, some children at St Stephen's were fasting from eight or nine.

Following criticism of the decision by activists, the school was sent up to 500 emails a day, many allegedly abusive or threatening violence against staff. Some messages falsely branded head teacher Neena Lall a "paedophile" who "deserved what she had coming". Police were called in as a result of the emails.

On Friday Mr Qawi said he was stepping down. According to the Daily Mail, Mr Qawi felt that he had to step down because staff were frightened to come into school.

Muslim women who expressed their opposition to the hijab being worn by young girls also faced threats and abuse over the weekend.

The school's reversal of its policy has prompted the National Secular Society to reiterate its call for guidance from the Department for Education.

Last September the NSS wrote to the then-Education Secretary Justine Greening to call for guidance after its research had revealed that girls as young as four were being made to wear the hijab as part of an official school uniform policy. The NSS also expressed its concern that a number of non-Islamic schools were acceding to fundamentalist pressure to incorporate the hijab into their uniform.

Stephen Evans, chief executive of the National Secular Society, said it was "disturbing to see schools again becoming a battlefield for religious fundamentalists".

"Schools that seek to ensure that girls from Muslim backgrounds are supported to have free choices should be fully backed by the DfE. Without such support, those acting in the best interest of children are left at the mercy of fundamentalist activists and online mobs, as appears to be the case with St Stephen's.

"The covering up of young girls is an affront to gender equality, at odds with individual liberty, and must not be normalised.

"We have therefore again called on the Government to provide guidance that makes clear that the hijab should never be imposed and any freedoms schools have to make accommodations to allow for the wearing of the hijab should not extend to primary schools."

Amina Lone, Co Director of the Social Action & Research Foundation (SARF), commented: "Many women activists know how community and religious pressure works to silence the questioning or any criticism of even the most extreme elements of religious doctrine. Sexual modesty codes for women are about power and control and make the assumption that females need 'protecting'. They make women responsible for cultural and religious concepts of izzat (honour).

"At at time when we have global empowered activism with #metoo and womens' marches, we are turning a blind eye to those women and girls who need us the most. Historically religion has and continues to be used to suppress female autonomy and independence. In the secular west, we are wilfully abandoning Muslim young girls because 'it's just too difficult'".

The Chair of Muslim Women's Network UK, Shaista Gohir MBE, also criticised the reaction to the school's ban, saying "schools should not be intimidated or bullied by vigilantes to change dress codes".

"The argument about freedom of choice for four-year-olds is being used by some to further their political agendas", she warned.