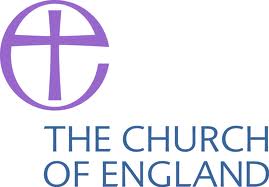 The number of children attending Church of England services during school time has risen for at least the third consecutive year, as the long-term decline of Church congregations has continued.

Meanwhile the long-term drop in regular church attendance continued. On average 927,000 people attended church services or 'fresh expressions' – less conventional church services designed to attract young adults – each week in October 2016. This was down from 961,100 in 2015. The figure fell below one million in 2013.

Chris Sloggett, the National Secular Society's communications officer, said the rise in school service attendance was "a cause for concern".

"Just as the country is becoming less religious, more children are being taken to Church services – ostensibly as part of their education.

"Children should be able to grow up and make their own decisions about religion. They should not be used as props in the Church's attempts to arrest its long-term slide into irrelevance."

The falling church attendance figures appeared to fit broader trends in British society. Last month figures from the British Social Attitudes (BSA) survey showed that more than half of British people now say they have 'no religion'. Just 15% of respondents called themselves Anglican – half the number that did so in 2000.

Shortly afterwards a ComRes survey for the Church of England found that just 6% of British adults met the Church's definition of 'practising Christians'.

The rise in school service attendance contrasts sharply with the attitude of the young to Anglicanism: just 3% of those aged 18-24 described themselves as Anglican in the BSA survey. Mr Sloggett said this was "clear evidence that the Church's level of interest in the young is not reciprocated".